Please refer to Neural Control and Coordination Class 11 Biology Notes and important questions below. The Class 11 Biology Chapter wise notes have been prepared based on the latest syllabus issued for the current academic year by CBSE. Students should revise these notes and go through important Class 11 Biology examination questions given below to obtain better marks in exams

The below Class 11 Neural Control and Coordination notes have been designed by expert Biology teachers. These will help you a lot to understand all the important topics given in your NCERT Class 11 Biology textbook. Refer to Chapter 21 Neural Control and Coordination Notes below which have been designed as per the latest syllabus issued by CBSE and will be very useful for upcoming examinations to help clear your concepts and get better marks in examinations.

• Coordination is the process through which two or more organs interact and complement the function of each other.
• Neural system provides an organized network of point to point connection for quick coordination. The endocrine system provides chemical integration through hormones.
• Neural system of animals is composed of specialized cells called neuron, which can detect, receive and transmit different kinds of stimuli. In hydra neural system is composed of network of neuron. In insects it consists of brain and a number of ganglia. Vertebrates have highly developed neural system.
• Central nervous system (CNS) includes brain and spinal cord. It is the site for information processing and control.

Neuron as Structural and Functional Unit of Neural System
Neuron is made up of three major parts- cell body, dendrite and axon.
• Cell body contains cytoplasm, cell organelles and Nissl’s granules. Short fibres projecting out from cell body is called dendrites. The axon is long fibre having branched structure at the end that terminates into knob like structure called synaptic knob.

• The electrical potential difference across the resting membrane is called resting potential.
• When stimulus is applied at site A, the membrane becomes permeable to Na+ ions to make rapid influx of Na+ ions to create outer surface negatively charged and inner membrane positively charged that create Action Potential or Nerve impulse.
• The nerve impulse from A moves to B in inner surface and B to A on outer surface. This process is repeated several times to transmit the impulse.
• Nerve impulse is transmitted from one neuron to another neuron through synapse.
• There are two types of synapse-

Brain can be divided 3 parts – forebrain, midbrain and hindbrain.

Thalamus – cerebrum wraps around a structure called thalamus. It is a major coordinating centre for sensory and motor signaling.

Midbrain is located between hypothalamus and pons of hindbrain. Dorsal portion consists of four round lobes called corpora quadrigemina. They are involved in relay of impulses back and forth between cerebrum, cerebellum, pons and medulla

Pons consists of fibre tracts that interconnect different regions of the brain.

Reflex action is a spontaneous autonomic mechanical response to a stimulus without the will of the organism. It is controlled by spinal cord. The afferent neuron receives the signal from sensory organs and transmits the impulse to CNS. The efferent neuron carries the impulse from CNS to effector. Ex- knee-jerk reflex. The path followed by reflex action is called reflex arc.

Mechanism of Vision
The light rays of visible wavelength fall on retina through cornea and lens to generate impulses in rods and cones. Photosensitive pigments opsin and retinal get dissociated due to light to change its shape. Change in shape of opsin cause change of permeability to generate

action potential that is transmitted to brain via optic nerve.

The middle ear contains three ossicles called malleus, incus and stapes. The fluid filled inner ear is called the labyrinth, and the coiled portion of the labyrinth is called cochlea.

The organ of corti contains hair cells that act as auditory receptors and is located on the basilar membrane.

Mechanism of Hearing
External ear receives the sound wave and directs them to ear drum. Vibration of ear drum leads to vibration of ear ossicles. The vibration reaches cochlea that generate wave in lymph. The waves generate ripples in basilar membrane and hair cells in them. As a result, nerve impulses are generated in afferent neuron that passes to brain via auditory nerves. 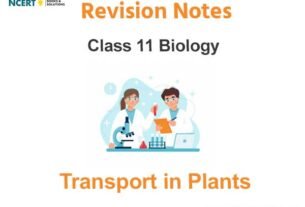 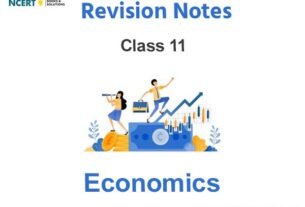