Cell The Unit of Life Class 11 Biology Notes and Questions

The below Class 11 Cell The Unit of Life notes have been designed by expert Biology teachers. These will help you a lot to understand all the important topics given in your NCERT Class 11 Biology textbook. Refer to Chapter 8 Cell The Unit of Life Notes below which have been designed as per the latest syllabus issued by CBSE and will be very useful for upcoming examinations to help clear your concepts and get better marks in examinations.

• Study of form, structure, and composition of cell is called cytology.
• Cell is the structural and functional unit of life. In unicellular organism (amoeba, paramecium, yeast, bacteria) single cell performs all the essential functions of life.
• In multicellular organism, different kinds of tissues perform different function and have division of labour.
• Anton Von Leeuwenhoek first saw and described a live cell. Robert Brown later discovered the nucleus.
• Metthias Schleiden and Theodore Schwann( 1938) proposed the cell theory which was later modified by Rudolf Virchow (1855)-

1. All living organisms are composed of cells and products of cells.
2. All cells arise from pre-existing cells.

Shape and size of cells varies greatly according to their position and function. Mycoplasma is the smallest cell and largest isolated cell is the ostrich egg. The shape of cell may be cuboid, columnar, polygonal, thread like or irregular.

• Bacterial cells may be Bacillus (rod shaped), Coccus (spherical), Vibrio (commashaped) and Spirillum (spiral).
• All prokaryotic cells have cell wall surrounding the cell membrane except in Mycoplasma. Genetic material is naked.
• The plasmid DNA, in some bacteria provides some special features like resistance to antibiotics.
• Cell organelles like Mitochondria, Golgi bodies etc. are absent in prokaryotes. A specialized differentiated cell membrane called Mesosome is the characteristic of prokaryotes.

• In bacterial cell a chemically complex cell envelope is present, which consist of three layers. The outermost is Glycocalyx, middle one cell wall and inner innermost is the cell membrane.
• Glycocalyax may be as loose sheath in some bacteria called slime layer. In some other bacteria Glycocalyx may be thick and tough called capsule.
• Plasma membrane is semi-permeable having mesosome in the form of vesicles, tubules and lamellae. They help in cell wall formation, DNA replication and distribution to daughter cells.
• Motile bacterial cell contain flagella, which is composed of filament, hook and basal body. Pili and fimbriae are the other surface structures that help the bacteria to attach with host and other substances.
• In prokaryotes, ribosome are attached with cell membrane having two sub-units – 50S and 30S to form together 70S prokaryotic ribosomes.
• Ribosomes are site of protein synthesis. Ribosomes attached with mRNA to form a chain are called polyribosomes.
• Reserved materials in prokaryotic cells are present in cytoplasm as cell inclusion bodies, which may contain phosphate, granules, glycogen granules etc.
• Gas vacuoles are found in blue green algae and purple and green photosynthetic bacteria.

Eukaryotic Cell
• Eukaryotic cells are present in Protista, plants, Animals and Fungi. Cytoplasm is divided into compartments due to presence of membrane bounded organelles.
• The cells contain well organized nucleus with nuclear membrane. The genetic materials are arranged in chromosomes.
• Plants cells differ in having cell wall, plastids and large central vacuole as compared to animal cells. Animal cells have centrioles, which are absent in plant cells.

Animal cell
• Cell membrane is composed of lipids that are arranged in bilayer. The lipid component is mainly composed of phosphoglycerides. Later it was found that protein is also present in cell membrane. Ratio of protein and lipids varies in different cells.
• Membrane protein may be integral or peripheral. Integral protein remains buried in membrane but peripheral protein lies on the surface.
• Singer and Nicholson (1972) proposed fluid mosaic model. According to this model the quasi-fluid nature of lipid enables lateral movement of protein within the bilayer of lipids.

• The main function of plasma membrane is the transport of molecules across it.

• The movement of water from higher concentration to lower concentration by diffusion is called osmosis.
• Cell wall is present in plant cells and fungi. Algae have cell wall made up of cellulose, galactans and minerals like calcium carbonate. In other plants it consists of cellulose, hemicellulose, pectin and proteins.
• Primary cell wall of young plant is capable of growth, which diminish in mature cells.Secondary cell wall is formed on inner side of the cells.
• Plasmodesmata connects the cytoplasm of neighboring cells.
• Endomembrane system of cell includes endoplasmic reticulum, golgi complex, lysosomes and vacuoles.

• Endoplasmic Reticulum are the tubular structure scattered in the cytoplasm.
1. Rough endoplasmic reticulum bears ribosomes on its surface. RER is involved in protein synthesis and secretion.
2. Smooth endoplasmic reticulum does not bear ribosomes on its surface. SER is involved in lipid synthesis and steroidal hormones.
• Golgi apparatus was first observed by Camillo Golgi in 1898 near nucleus. They consist of many flat, disc-shaped sacs or cisternae stacked parallel to each other.
• Golgi apparatus performs the function of packaging of materials and its transportation. A number of protein synthesized by ribosomes are modified in cisternae of golgi apparatus. Golgi apparatus is the site for synthesis of Glycoprotiens and glycolipids.

• Lysosomes are membrane bound vesicular structures formed by the process of packaging in the Golgi apparatus. They are rich in hydrolytic enzymes- lipase, protease, carbohydrases active at acidic PH. These enzymes are capable of digesting carbohydrates, proteins, lipids and nucleic acids.
• Vacuoles are membrane bound space found in cytoplasm containing water, sap and excretory product. They are bound by single membrane. They form contractile vacuole and food vacuole in many organisms.
• Mitochondria is double membrane bound structure with the outer membrane and inner membrane dividing its lumen in two compartments. The inner membrane forms a number of infoldings called cristae towards the matrix. Two

• Two membranes have their own specific enzyme.
• Mitochondria are sites for aerobic respiration. They produce cellular energy in form of ATP so, they are called power house of the cells. The matrix of mitochondria also contain circular DNA molecules, a few RNA molecules, ribosomes and components of protein synthesis.
• Plastids are found in plant cells and in Euglenoids.

• Stroma contain enzymes for synthesis of protein and carbohydrates. Double strand circular DNA and ribosomes are also present in stroma.
• Eukaryotic cells have 80S ribosomes. They have granuler structure with two subunits.
• Centrosome is an organelles containing two cylindrical structures called centrioles. Each centrioles is made up of 9 fibrils of tubulin protein. Central part of centriole is called hub and peripheral fibrils are called spokes .
• Nucleus has highly extended, elaborate nucleoprotein fibres called chromatin, nuclear matrix and nucleoli. The outer membrane is continuous with endoplasmic reticulum and bears ribosomes.
• The chromatin materials change into chromosome during active cell division. It consists of DNA and histone proteins.
• Every chromosome has a primary constriction or the centromere, on the sides of which disc shaped kinetochores are present.

Some chromosomes have non-staining secondary constriction at certain location. This gives a small fragment called satellite. 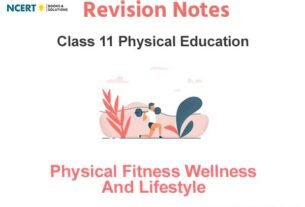 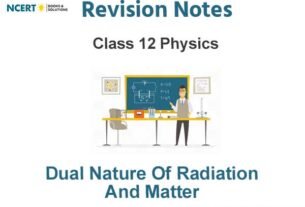 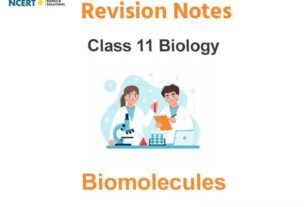