Please refer to Biomolecules Class 11 Biology Notes and important questions below. The Class 11 Biology Chapter wise notes have been prepared based on the latest syllabus issued for the current academic year by CBSE. Students should revise these notes and go through important Class 11 Biology examination questions given below to obtain better marks in exams

The below Class 11 Biomolecules notes have been designed by expert Biology teachers. These will help you a lot to understand all the important topics given in your NCERT Class 11 Biology textbook. Refer to Chapter 9 Biomolecules Notes below which have been designed as per the latest syllabus issued by CBSE and will be very useful for upcoming examinations to help clear your concepts and get better marks in examinations.

• Except lipids, macromolecules are formed by polymerization of sub-units called monomers.
• Proteins are polymers of amino acids. Amino acids are linked by peptide bond formed by dehydration between COOH group of one amino acids and NH3 group of next with the removal of H2O.

phosphodiester bond.
• In polysaccharides, the mono-saccharides are linked by glycosidic bonds formed by dehydration between two carbon atoms of two adjacent monosaccharides.

• Starch is present in plants as store house of energy. It forms helical secondary structure. It can hold the I2 molecules in the helical structure.
• Cellulose molecules contain glucose molecules joined together by 1-4 β linkage. It is the most abundant organic molecules on earth.
• Glycogen is called animal starch as it is the reserve food materials for animals, bacteria and fungi. In this, glucose molecules are arranged in highly branched bush like chain having two types of linkage 1-4 α in straight chain and 1-6 linkage in branching.
Proteins are polypeptide chains made up of amino acids. There are 20 types of amino acids joined together by peptide bond between amino and carboxylic group. There are two kinds of amino acids-

• The main functions of protein in living cell are
1. Transport of nutrient across the membrane.
2. Fight infectious organisms.
3. Produce enzyme and proteins.

• Collagen is the most abundant protein in animal world.

• Secondary structure protein threads forms helix. There are three types of secondary structure- α helix, β pleated and collagen. In α helix, the polypeptide chain is coiled spirally in right handed manner.
• In β pleated secondary proteins two or more polypeptide chains are interconnected by hydrogen bonds. In collagen there are three strands or polypeptides coiled around one another by hydrogen bonds.
• In Tertiary structure long protein chain is folded upon itself like a hollow woollen ball to give three dimensional view of protein.

(a) secondary structure (b) Tertiary structure
• In Quaternary structure each polypeptide develops its own tertiary structure and function as subunit of protein. Eg. Hemoglobin. In adult human hemoglobin 4 subunits are involved. The two subunits are of α type and two subunits of β types.
Nucleic Acid: Nucleic acids are polynucleotides. A nucleic acid has three chemically distinct components- heterocyclic compound ( nitrogenous base), polysaccharides ( ribose/ deoxy- ribose sugar) and phosphate or phosphoric acid.

• The sugar found in nucleic acid is either ribose or deoxyribose. Nucleic acid containing deoxyribose sugar is called DNA (Deoxyribonucleic Acid) and those containing ribose sugars are called RNA (Ribonucleic acid).
• Biomolecules are constantly being changed into some other biomolecules and also made from other biomolecules. This breaking and making is through chemical process called metabolism.
• In living organism, all the metabolic reactions are enzyme catalyzed. Catalysts are those substances that alter the rate of reaction. The protein with catalytic power is called enzyme.

Enzymes
• Enzymes are commonly proteinaceous substances which are capable of catalysing chemical reactions of biological origin without themselves undergoing any change. They are commonly called as biocatalysts.
• The nucleic acids that behave like enzymes are called ribozymes.

•The tertiary structure of protein/Enzyme has pockets or crevice into which substrate fit to form ES complex.
•The formation of the ES complex is essential for catalysis.
E + S ES → EP →E + P
•The structure of substrate gets transformed into the structure of product through formation of transient state structure.
•The major difference between inorganic and organic catalyst is inorganic catalyst works effectively at high temperature and pressure but enzyme get damaged at high temperature.
•The external energy required to start a chemical reaction is called activation energy.

2. pH – every enzymes has an optimum pH at which it is maximum active. Most of the intracellular enzymes work at neutral pH.
3. Concentration of Substrate – increase in substrate concentration increases the rate of reaction due to occupation of more active sites by substrate

Competitive Inhibitor – when the molecular structure of inhibitor resembles the substrate, it inhibits the function of enzymes.

5. Isomerases – inter conversion of optical, geometrical or positional isomers.
6. Ligases – catalyses the linking together of two compounds.
Co-factors are the non-protein constituent of an enzyme which make the enzyme more catalytically active. The protein portions of enzyme are called apoenzyme.

Prosthetic groups are organic compounds and are tightly bound to the apoenzyme. For example, in peroxidase and catalase, which catalyze the breakdown of hydrogen peroxide, haem is the prosthetic group

The essential chemical components of any coenzymes are vitamins. Example, coenzyme NAD and NADP contain the vitamin niacin 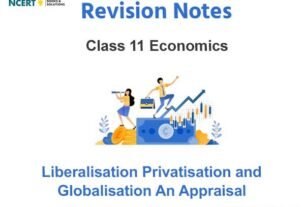 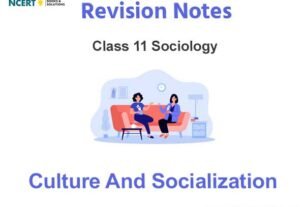 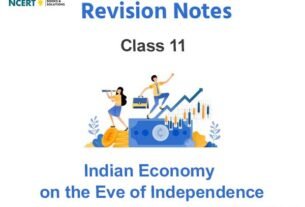