Please refer to Human Reproduction Class 12 Biology Notes and important questions below. The Class 12 Biology Chapter wise notes have been prepared based on the latest syllabus issued for the current academic year by CBSE. Students should revise these notes and go through important Class 12 Biology examination questions given below to obtain better marks in exams

The below Class 12 Human Reproduction notes have been designed by expert Biology teachers. These will help you a lot to understand all the important topics given in your NCERT Class 12 Biology textbook. Refer to Chapter 3 Human Reproduction Notes below which have been designed as per the latest syllabus issued by CBSE and will be very useful for upcoming examinations to help clear your concepts and get better marks in examinations.

Humans are sexually reproducing and viviparous. The reproductive events in humans include formation of gametes (gametogenesis), i.e., sperms in males and ovum in females, transfer of sperms into the female genital tract (insemination) and fusion of male and female gametes (fertilisation) leading to formation of zygote. This is followed by formation and development of blastocyst and its attachment to the uterine wall (implantation), embryonic development (gestation) and delivery of the baby (parturition)

• The testes are situated outside the abdominal cavity in a pouch called scrotum, which help in maintaining the low temperature of testes necessary for spermatogenesis.
• Each testes has about 250 testicular lobules and each lobule contain highly coiled seminiferous tubules in which sperms are produced. Each seminiferous tubules is lined by two types of cells, spermatogonia ( male germ cell) and Sertoli cells.
• Leydig cells or interstitial cells present around the seminiferous tubules synthesize and secrete androgen hormone.

• Ejaculatory duct store and transport the sperm from testes to outside through urethra which originate from urinary bladder and extend through penis to its external opening urethral meatus.
• The penis is male external genitalia. The enlarged end of penis is called the glans penis is covered by a loose fold of skin called foreskin.
• Male accessary glands include paired seminal vesicles, prostrate and paired bulbourethral glands. Secretion of these glands forms the seminal plasma which contains fructose, calcium and enzymes. The secretion of bulbourethral glands also helps in lubrication of the penis.

The Female Reproductive System: It consists of :
a)The primary sex organ that is a pair of ovaries
b)Secondary sex organs- the duct system consisting of a pair of fallopian tube , a uterus , cervix and vagina
c)External genitalia
d)Mammary glands

• Ovaries are primary female sex organ that produce the female gamete and several steroid hormones. Each ovary is covered by thin epithelium which encloses the ovarian stroma, which is divided into a peripheral cortex and an inner medulla.
• Fallopian tube extends from periphery of ovary to the uterus. The part closer to ovary is a funnel shaped structure called infundibulum having finger like projection called fimbriae.
• Infundibulum leads to ampulla and join with uterus with isthmus. Uterus is pear shaped structure also called womb.
• Uterus open vagina through a narrow cervix. The cavity of cervix (cervical canal) along with vagina forms the birth canal.
• The wall of uterus has three layers of tissue:

Gametogenesis: The process of formation of male and female gametes in testes and ovary respectively is called gametogenesis.It is of two types:

• The spermatogonia present at the inner side of seminiferous tubules multiply by mitotic division and increase in number. Each spematogonium contain 46 chromosomes.
• Spermatogonia forms spermatocyte that undergo meiotic division to reproduce secondary spermatocytes having 23 chromosomes.
• The spermatids are transformed into spermatozoa by the process called spermiogenesis. The sperm heads remain embedded in sertoli cells and are released from seminiferous tubules by the process of spermiation.

Structure of sperm- sperm is a microscopic structure composed of a head, neck, a middle piece and a tail. The sperm head contain elongated haploid nucleus, anterior portion of

which is covered by cap like structure acrosome. Human male ejaculates about 200-300 million sperms during a coitus. The seminal plasma along with the sperms constitutes the semen. The function of male sex secondary ducts and
glands are maintained by androgen hormones.
Oogenesis : The process of formation of mature female gametes is called oogenesis. It started during embryonic development stage when millions of ogonia (gamete mother cells) are formed in each fetal ovary.

• The tertiary follicles further changes into the mature follicle called Graafian follicle, which rapture to release secondary oocytes (ovum) from the ovary by the process of ovulation. menarche.
Menstrual cycle: The reproductive cycles in female primates is called menstrual cycle. It start at puberty and is called
Phases of Menstrual Cycle
The menstrual cycle consists of following four phases:

(1) Menstrual Phase:
(i) In a 28 days menstrual cycle,the menses takes place on cycle days 3-5.
(ii) The production of LH from the anterior lobe of the pituitary gland is reduced.
(iii) The withdrawal of this hormone causes degeneration of the corpus luteum and, therefore progestrone production is reduced.
(iv) Production of oestrogen is also reduced in this phase.
(v) The endometrium of uterus breaks down & menstruation begins.
(vi) The cells of endometrium secretions, blood & unfertilised ovum constitutes the menstrual flow.

(2) Follicular Phase:
(i) This phase usually includes cycle days 6-13 or 14 in a 28 days cycle.
(ii) The follicle stimulating hormone (FSH) secreted by the anterior lobe of the pituitary gland stimulates the ovarian follicle to secrete oestrogens.
(iii) Oestrogen stimulates the proliferation of the endometrium of the uterine wall.
(iv) The endometrium becomes thicker by rapid cell multiplication and this is accompanied by an increase in uterine glands & blood vessels.

(3) Ovulatory Phase:
(i) Both LH & FSH attain a peak level in the middle of cycle (about 14th day).
(ii) Oestrogen concentration in blood increases.
(iii) Rapid secretion of LH induces rupturing of graffian follicle and thereby the release of ovum.
(iv) In fact LH causes ovulation.

Fertilisation and Implantation
The process of fusion of sperm with ovum is called fertilisation.
• During coitus (copulation) semen is released into vagina. The motile sperms swim rapidly to reach the junction of isthmus and ampulla of fallopian tube. The ovum also reaches there and fusion of gametes takes place in at ampullary-isthmic junction.
• In this acrosome of sperm undergoes acrosomal reaction and releases certain sperm lysins which dissolve the egg envelopes locally and make the path for the penetration of sperm.
• These sperm lysins contain a lysing enzyme hyaluronidase which dissolves the hyaluronic acid polymers in the intercellular spaces which holds the granulosa cells of corona radiata together; corona penetrating enzyme (that dissolves the corona radiata) and acrosin (which dissolves the zona pellucida). Then it dissolves the zona
pellucida.

Cortical reaction:
(a) Immediately after the entry of a sperm into the egg, the later shows a cortical reaction to check the entry of more sperms.
(b) In this reaction, the cortical granules present beneath the egg’s plasma membrane release chemical substance between the ooplasm and the plasma membrane (vitelline membrane).
(c) These substances raise the vitelline membrane above the egg surface. The elevated vitelline membrane is called fertilization membrane.
(d) The increased space between the ooplasm and the fertilization membrane and the chemical present in it effectively check the entry of other sperm.
(e) If polyspermy occurs, that is more than one sperm enter the secondary oocyte, the resulting cell has too much genetic material to develop normally

• The haploid gametes fuse together to form diploid zygote. As the zygote moves towards the uterus, the mitotic division starts and form cleavage to change into 2, 4,8,16 celled blastomeres.
• The blastomeres with 8 to 16 cells are called morula. Morula divide to change into blastocysts .The blastomeres in the blastocyst are arranged into an outer layer called trophoblast and an inner group of cells attached to trophoblast called the inner cell mass. The outer layer of blastocyst is called trophoblast that attach with endometrium of uterus, called implantation that leads to pregnancy.

Pregnancy and embryonic development
The finger-like projections on trophoblaste after implantation called is called chronic villi that along with uterine wall forms functional unit between developing embryo and maternal body called placenta. Placenta is attached with fetus with an umbilical cord that transport food and oxygen to embryo.

• Hormones hCG (human chorionic gonadotropin), hPL (human placental lactogen) and relaxin are produced in woman only during pregnancy by placenta.
• After implantation, the inner cell mass (embryo) differentiates into an outer layer called ectoderm and an inner layer called endoderm. A mesoderm soon appears between the ectoderm and the endoderm. These three layers give rise to all tissues (organs) in adults. It is important to note that the inner cell mass contains certain cells called stem cells which have the potency to give rise to all the tissues and organs
• In human, after one month of pregnancy the embryo’s heart is formed. By the end of 2nd month limbs and digits are formed. By the end of 12 months, major organs and external genital organs are well developed. The first movement of foetus is observed in 5 months. By the end of 24 weeks body is covered with fine hair, eye lids and eyeless are formed. At the end of 9 months fetus is fully developed.

PARTURITION AND LACTATION
Parturition – the process of delivery of fully developed foetus is called parturition.
• Signals for parturition originate from the fully developed fetus and placenta inducing mild uterine contractions called Foetal ejection reflex
• It triggers the release of oxytocin from maternal pituitary
The mammary glandsof female, start producing milk, to the end of pregnancy by the process of lactation. The milk produced during the initial few days of lactation is called colostrum, which contain several antibodies. 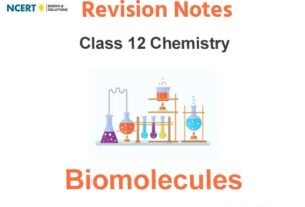 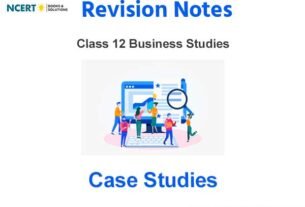 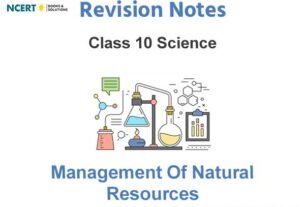