Please refer to Principles of Inheritance and Variation Class 12 Biology Notes and important questions below. The Class 12 Biology Chapter wise notes have been prepared based on the latest syllabus issued for the current academic year by CBSE. Students should revise these notes and go through important Class 12 Biology examination questions given below to obtain better marks in exams

Principles of Inheritance and Variation Class 12 Biology Notes and Questions

The below Class 12 Principles of Inheritance and Variation notes have been designed by expert Biology teachers. These will help you a lot to understand all the important topics given in your NCERT Class 12 Biology textbook. Refer to Chapter 5 Principles of Inheritance and Variation Notes below which have been designed as per the latest syllabus issued by CBSE and will be very useful for upcoming examinations to help clear your concepts and get better marks in examinations.

Genetics is the study of principles and mechanism of heredity and variation. Gregor Johann Mendel is known as ‘father of Genetics’.
• Inheritance is the process by which characters are passed on from parent to progeny. It is the basis of heredity.
• Variation is the degree by which progeny differ from their parents. Variation may be in terms of morphology, physiology, cytology and behavioristic traits of individual belonging to same species.

• Variation arise due to
○ Reshuffling of gene/chromosomes.
○ Crossing over or recombination
○ Mutation and effect of environment.

• Pea has many distinct contrasting characters.
• Life span of pea plant is short.
• Flowers show self pollination, reproductive whorls being enclosed by corolla.
• It is easy to artificially cross pollinate the pea flowers. The hybrids thus produced were fertile.

Working method: Mendel’s success was also due to his meticulous planning and method of work –
• He studied only one character at a time.
• He used all available techniques to avoid cross pollination by undesirable pollen grains.
• He applied mathematics and statistics to analyse the results obtained by him.
• Mendel selected 7 contrasting characters of garden pea for his hybridization experiments

Inheritance of one gene (Monohybrid cross)
Mendel crossed tall and dwarf pea plant and collected all the seeds obtained from this cross. He grew all the seeds to generate plants of first hybrid generation called F1 generation. He observed that all the plants are tall. Similar observation was also found in other pair of traits.

Mendel self-pollinated the F1 plants and found that in F2 generation some plants are also dwarf. The proportion of dwarf plants is 1/4th and tall plants of 3/4th.

• Mendel called the ‘factors’ that passes through gametes from one generation to next generation. Now a day it is called as genes (unit of inheritance).
• Genes that code for a pair of contrasting traits are known as alleles.
• Alphabetical symbols are used to represent each gene, capital letter (TT) for gene expressed in F1 generation and small letter (tt) for other gene.
• Mendel also proposed that in true breeding tall and dwarf variety allelic pair of genes for height is homozygous (TT or tt). TT, Tt or tt are called genotype and tall and dwarf are called phenotype.
• The hybrids which contain alleles which express contrasting traits are called heterozygous (Tt).The monohybrid ratio of F2 hybrid is 3:1(phenotypic) and 1:2:1(genotypic).

Test cross is the cross between an individual with dominant trait and a recessive organism in order to know whether the dominant trait is homozygous or heterozygous.

Principle or Law of Inheritance
Based on observations of monohybrid cross, Mendel proposed two law of inheritance-

a. Characters are controlled by discrete units called factors.
b. Factors always occur in pair.
c. In a dissimilar pair of factors one member of pair dominate the other.

Incomplete dominance
• It is a post Mendelian discovery. Incomplete dominance is the phenomenon of neither of the two alleles being dominant so that expression in the hybrid is a fine mixture or intermediate between the expressions of two alleles.
• In snapdragon (Mirabilis jalapa), there are two types of pure breeding plants, red flowered and white flowered. On crossing the two, F1 plants possess pink flowers. On selfing them, F2 generation has 1red: 2 pink: 1white. The pink flower is due to incomplete dominance.

Co-dominance
• It is the phenomenon of two alleles lacking dominance-recessive relationship and both expressing themselves in the organism.
• Human beings, ABO blood grouping are controlled by gene I. The gene has three alleles IA, IB and i. Any person contains any two of three allele IA, IB are dominant over i.
• The plasma membrane of the red blood cells has sugar polymers that protrude from its surface and the kind of sugar is controlled by the gene.
• When IA and IB are present together, both express their own types of sugars because of co-dominance.

Multiple Alleles
They are multiple forms of a medelian factor or gene which occur on the same gene locus distributed in different organisms in the gene pool with an organism carrying only two alleles and a gamete only one allele. ABO blood grouping also provides a good example of multiple alleles.

Inheritance of Two genes (Dihybrid Cross)
A cross made to study simultaneous inheritance of two pairs of mendelian factors of genes.
Law of independent Assortment – The law states that ‘when two pairs of traits are combined in a hybrid, segregation of one pair of characters is independent of the other pair of characters’.In Dihybrid cross two new combinations, round green & wrinkled yellow are formed due to independent assortment of traits for seed shape i.e round, wrinkled and seed color i.e , yellow and green.

Chromosomal Theory of Inheritance
• Chromosome as well as gene both occurs in pair. The two alleles of a gene pair are located on the same locus on homologous chromosomes.
• Sutton and Boveri argued that the pairing and separation of a pair of chromosomes would lead to segregation of a pair of factors (gene) they carried.
• Sutton united the knowledge of chromosomal segregation with mendelian principles and called it the chromosomal theory of inheritance.

Linkage and Recombination
• When two genes in a Dihybrid cross were situated on same chromosome, the proportion of parental gene combination was much higher than the non-parental type. Morgan attributed this due to the physical association or the linkage of the two genes and coined the linkage to describe the physical association of genes on same
chromosome.
• The generation of non-parental gene combination during Dihybrid cross is called recombination. When genes are located on same chromosome, they are tightly linked and show very low recombination.

Mutationis a phenomenon which results in alternation of DNA sequence and consequently results in the change in the genotype and phenotype of an organism. The mutations that arise due to due to change in single base pair of DNA are called point mutation e.g Sickle cell anaemia.

a, Haemophilia- sex linked recessive disease in which, in an infected individual, a minor cut leads to non-stop bleeding. Heterozygous female (carrier) can transmit the disease to their son. The possibility of a female becoming a haemophilic is extremely rare because mother of such a female has to be at least carrier and the father should be haemophilic (unviable in the later stage of life).

b. Sickle cell anemia – an autosome linked recessive trait in which mutant haemoglobin molecules undergo polymerization under low oxygen tension causing change in shape of the RBC from biconvex disc to elongated sickle like structure. The defect is caused by the substitution of Glutamic acid (Glu) by Valine (Val) at the sixth position of the beta globin chain of the haemoglobin molecule. The substitution of amino acid in the globin protein results due to the single base substitution at the sixth codon of the beta globin gene from GAG to GUG

c. Phenylketonuria – inborn error of metabolism inherited as autosomal recessive trait. The affected individual lacks an enzyme that converts the amino acids phenylalanine to tyrosine As a result of this phenylalanine is accumulated and converted into phenylpyruvic acid and other derivatives that results into mental retardation.

a. Down’s Syndrome – is due to presence of additional copy of the chromosome number 21. The affected individual is short statured with small rounded head, furrowed tongue and partially opened mouth. Mental development is retarded.
b. Klinefleter’s Syndrome – due to presence of an additional copy of X-chromosome (XXY). Such persons have overall masculine development however, the feminine development (development of breast, i.e., Gynaecomastia) is also expressed. They are sterile.
c. Turner’s Syndrome – caused due to the absence of one of the X chromosome. 45 with XO, such females are sterile as ovaries are rudimentary. They lack secondary sexual characters. 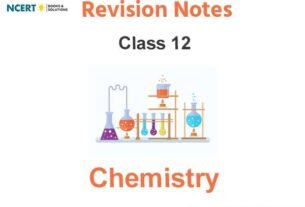 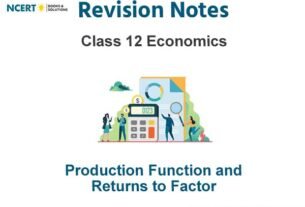 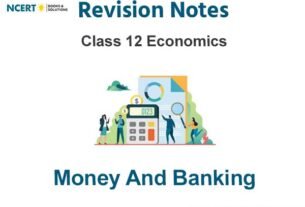