Solid: Solid is a state of matter in which the constituting particles are arranged very closely.The constituent particles can be atoms, molecules or ions.

Properties of solids:
1. They have definite mass, volume and shape.
2. They are compressible and rigid.
3. Intermolecular distances are very short and hence the intermolecular forces are strong.
4. Their constituent particles have fixed position. sand can only oscillate about their mean positions.

Classification of on the basis of the arrangement of constituent particles:

• Characteristics of amorphous solids:
1. They have an irregular shape.
2. They have a short range order.
3. They gradually soften over arrange of temperature.
4. They are isotropic in nature i.e. their physical properties are the same in all directions.
5. When cut with a sharp edged tool, they cut into two pieces with irregular surfaces.
6. They do not have definite heat of fusion.
7. They are called pseudo solids or super cooled liquids. This is because they have a tendency to flow,though very slowly.

• Lattice points or lattice sites : the fixed positions on which the constituent particles are presentare called lattice points or lattice sites. A group of lattice points which when repeated over and over againin3dimensions give the complete crystal lattice.
• Unit cell: It is defined as the smallest repeating unit in space lattice which when repeated over and over again generates the complete crystal lattice. The crystal can consist of an infinite number of unit cells.

• Face centre: if an atom is present at the centre of the face, it is shared by two unit cells. So, only half of the atom actually belongs to the unit cell.

• Body centre: if an atom is present at the body centre, it is not shared by any other unit cell.So,that one atom completely belongs to the same unit cell.

• End centre: f an atom is present at the edge centre, it is shared by four unit cells. So, only one fourth of an atom belongs to the unit cell.

• Square close packing: Here, the spheres of the second row ware placed exactly above those of the first row. This way the spheres are aligned horizontally as well as vertically. The arrangement is AAA type. The coordination number is 4.

• Hexagonal close packing: Here, these spheres of these bond row are placed above the first one in as taggered manner in such a way that its spheres fit in the depression of the first row. The arrangement is ABAB type. The coordination number is 6.

layers: Here , the spheres of the upper layer are placed exactly over the first layer such the spheres of the layers are perfectly aligned horizontally and vertically.It has a AAAA type pattern. The lattice is simple cubic lattice.

There are two possibilities:

• Covering the octahedral voids: Here, octahedral voids of these bond layer may be covered by the spheres of the third layer. It gives rise to ABCABCABC type pattern. The three dimensional structure is called cubic close packed structure or face centered cubic structure. The coordination number is 12.Example: Cu, Ag.

• Octahedral void- It is formed at the centre when six spheres are joined in the form of an octahedron.

• Packing efficiency: It is the percentage of total space occupied by constituent particles (atoms, molecules orions).

• Density of a unit cell is same as the density of the substance.
• Relationship between radius of constituent particle(r) and edge length(a):

• Density of unit cell=
• Crystal defects are basically irregularities in the arrangement of constituent particles.
• Types of defects:

• Frenkel or dislocation defect: In this defect, the smaller ion (usually cation) is dislocated from its normal site to an interstitial site. It creates a vacancy defect a tits original site and an interstitial defect a tits new location. It does not change the density of the solid. Frenkel defect is shown by ionic substance in which there is a larged difference in the size of ions. It includes ZnS,AgCl,AgBrand AgI.

• Metal deficiency: This defect arises because of absence of metal ions from its lattice sites. The electrical neutrality is maintained by an adjacention having a higher positive charge.

• Reasons for the cause of metal excess defect:

• Classification of solids based on their electrical conductivities:

• a) Conductors: The solids with conductivities ranging between 104 to 107 ohm -1 m -1 are called conductors.

c) Semi- conductors: These are the solids with conductivities in the intermediate range from 10 -6 to 104 ohm -1 m -1

b) In case of insulators, the forbidden gap is very large and the electrons are unable to excite to the conduction band.

• Doping: The process of adding an appropriate amount of suitable impurity to increase the conductivity of semiconductors is known as doping.

a) The n-type semiconductors: They are formed when silicon is doped with electron rich impurity like group 15 elements. The increase in conductivity is due to the negatively charged electrons.

b) The p-type semiconductors: They are formed when silicon is doped with electron deficient impurity like group 13 elements. The increase in conductivity is due to the positively charged holes.

• Classification of substances based on their magnetic properties:

We hope the above The Solid State Class 12 Chemistry are useful for you. If you have any questions then post them in the comments section below. Our teachers will provide you an answer. Also refer to MCQ Questions for Class 12 Chemistry 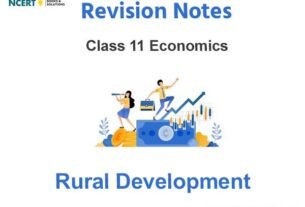 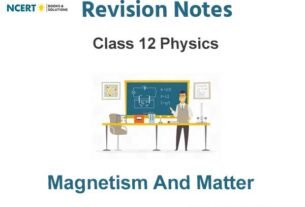