• Carbohydrates: Polyhydroxy aldehydes or polyhydroxyketones or compounds on hydrolysis give carbohydrates.

Monosaccharides
(a) Simplest carbohydrates
(b) It cannot be hydrolysed into simpler compounds
(c) Examples – Glucose, mannose

Oligosaccharides
(a) Carbohydrates which gives 2 to 10 monosaccharide units on hydrolysis
(b) Examples – Sucrose, Lactose, Maltose

Polysaccharides
(a) Carbohydrates which on hydrolysis give large number of monosaccharide units.
(b) Examples – Cellulose, starch

i) Glucose with phenyl hydrazine to form osazone

Glucose and fructose gives the same osazone because the reaction takes place at C1 and C2 only.

• Other Reactions of Glucose (Presence of ring structure)

Glycosidic linkage: The oxide linkage formed by the loss of a water molecule when two monosaccharides are joined together through oxygen atom is called glycosidic linkage.

• Maltose:
1. Maltose is composed of two α-D-glucose units in which C1 of one glucose (I) is linked to C4 of another glucose unit (II).
2. The free aldehyde group can be produced at C1 of second glucose in solution and it shows reducing properties so it is a reducing sugar.

• Lactose (Milk sugar) : It is composed of β-D-galactose and β-D-glucose. The linkage is between C1 of galactose and C4 of glucose. Hence it is also a reducing sugar.

Starch: It is a polymer of -glucose and consists of two components — Amylose and Amylopectin.

• Amylopectin
1. It is a water insoluble component
2. It is branched chain polymer
3. It forms chain by C1 – C4glycosidic linkage whereas branching occurs by C1 – C6glycosidic linkage
4. It constitutes about 80-85% of starch

• Cellulose:
1. It occurs exclusively in plants.
2. It is a straight chain polysaccharide composed only of -D-glucose units which are joined by glycosidic linkage between C1 of one glucose unit and C4 of the next glucose unit.

• Glycogen:
1. The carbohydrates are stored in animal body as glycogen.
2. It is also known as animal starch because its structure is similar to Amylopectin.
3. It is present in liver, muscles and brain.
4. When the body needs glucose, enzymes break the glycogen down to glucose.

Where R – Any side chain
Most naturally occurring amino acids have L – Config.

1. Amino acids behave like salts rather than simple amines or carboxylic acids. This behaviour is due to the presence of both acidic (carboxyl group) and basic (amino group) groups in the same molecule. In aqueous solution, the carboxyl group can lose a proton and amino group can accept a proton, giving rise to a dipolar ion known as zwitter ion. This is neutral but contains both positive and negative charges.
2. In zwitter ionic form, amino acids show amphoteric behaviour as they react both with acids and bases.

• Proteins: Proteins are the polymers of -amino acids and they are connected to each other by peptide bond or peptide linkage. A polypeptide with more than hundred amino acid residues, having molecular mass higher than 10,000u is called a protein.

• Secondary structure of proteins: It refers to the shape in which long polypeptide chain can exist. Two different types of structures:

1. It exists when R group is small.
2. In this conformation, all peptide chains are stretched out to nearly maximum extension and then laid side by side which are held together by hydrogen bonds.

Fibrous proteins
a) When the polypeptide chains run parallel and are held together by hydrogen and disulphide bonds, then fibre– like structure is formed.
b) These proteins are generally insoluble in water
c) Examples: keratin (present in hair, wool, silk) and myosin (present in muscles), etc

Globular proteins
a) This structure results when the chains of polypeptides coil around to give a spherical shape.
b) These are usually soluble in water.
c) Examples: Insulin and albumins

1. Some of the proteins are composedof two or more polypeptide chains referred to as subunits.
2. The spatial arrangement of these subunits with respect to each other is known as quaternary structure of proteins.

1. Long chain polymers ofnucleotides.
2. Nucleotides are joined by phosphodiester linkage between 5’ and 3’ C atoms of a pentose sugar.

DNA
1. It has a double stranded -helix structure in which two strands are coiled spirally in opposite directions.
2. Sugar present is –D–2-deoxyribose
3. Bases:
i) Purine bases: Adenine (A) and Guanine (G)
ii) Pyrimidine bases: Thymine (T) and cytosine (C)
4. It occurs mainly in the nucleus of the cell.
5. It is responsible for transmission for heredity character.

RNA
1. It has a single stranded -helix structure.
2. Sugar present is –D–ribose
3. Bases:
i) Purine bases: Adenine (A) and Guanine (G)
ii) Pyrimidine bases: Uracil (U) and cytosine (C)
4. It occurs mainly in the cytoplasm of the cell.
5. It helps in protein synthesis.

• Double helix structure of DNA:
1. It is composed of two right handed helical polynucleotide chains coiled spirally in opposite directions around the same central axis.
2. Two strands are anti-parallel i.e., their phosphodiester linkage runs in opposite directions.
3. Bases are stacked inside the helix in planes to the helical axis.
4. Two strands are held together by H – bonds (A = T, G C).
5. The two strands are complementary to each other because the hydrogen bonds are formed between specific pairs of bases.
6. Adenine forms hydrogen bonds with thymine whereas cytosine forms hydrogen bonds with guanine.
7. Diameter of double helix is 2 nm.
8. Double helix repeats at intervals of 3.4 nm. (One complete turn)
9. Total amount of purine (A + G) = Total amount of pyramidine (C + T)

• Vitamins: Vitamins are organic compounds required in the diet in small amounts to perform specific biological functions for normal maintenance of optimum growth and health of the organism.

• Classification of vitamins: Vitamins are classified into two groups depending upon their solubility in water or fat.

2. Fat soluble vitamins
i) These vitamins are soluble in fat and oils but insoluble in water.
ii) They are stored in liver and adipose (fat storing) tissues.
iii) Example: Vitamin A, D, E and K

Important vitamins, their sources and their deficiency diseases:

We hope the above Biomolecules Class 12 Chemistry are useful for you. If you have any questions then post them in the comments section below. Our teachers will provide you an answer. Also refer to MCQ Questions for Class 12 Chemistry 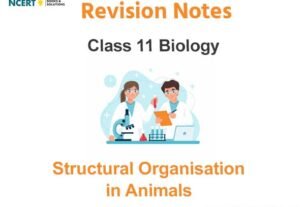