• Adsorption:
(i) The accumulation of molecular species at the surface rather than in the bulk of a solid or liquid is termed as adsorption.
(ii) It is a surface phenomenon.
(iii) The concentration of adsorbate increases only at the surface of the adsorbent.

• Physical adsorption
(i) If the adsorbate is held on a surface of adsorbent by weak van der Waals’ forces, the adsorption is called physical adsorption or physisorption.
(ii) It is non-specific.
(iii) It is reversible.
(iv) The amount of gas depends upon nature of gas, i.e., easily liquefiable gases like NH3, CO2, gas adsorbed to greater extent than H2 and He. Higher the critical temperature of gas, more will be the extent of adsorption.
(v) The extent of adsorption increases with increase in surface area, e.g. porous and finely divided metals are good adsorbents.
(vi) There are weak van der Waals’ forces of attraction between adsorbate and adsorbent.
(vii) It has low enthalpy of adsorption (20 – 40 kJ mol-1).
(viii) Low temperature is favourable.
(ix) No appreciable activation energy is needed.
(x) It forms multimolecular layers.

• Chemical adsorption or chemisorption:
(i) If the forces holding the adsorbate are as strong as in chemical bonds, the adsorption process is known as chemical adsorption of chemisorption.
(ii) It is highly specific.
(iii) It is irreversible.
(iv) The amount of gas adsorbed is not related to critical temperature of the gas.
(v) It also increases with increase in surface area.
(vi) There is strong force of attraction similar to chemical bond.
(vii) It has enthalpy heat of adsorption (180 – 240 kJ mol-1).
(viii) High temperature is favourable.
(ix) High activation energy is sometimes needed.
(x) It forms unimolecular layers.

a. Nature of adsorbate: Physical adsorption is non-specific in nature and therefore every gas gets adsorbed on the surface of any solid to a lesser or greater extent. However, easily liquefiable gases like NH3,HCl, CO2, etc. which have higher critical temperatures are absorbed to greater extent whereas H2, O2, N2 etc. are adsorbed to lesser extent. The chemical adsorption being highly specific, therefore, a gas gets adsorbed on specific solid only if it enters into chemical combination with it.

b. Nature of adsorbent: Activated carbon, metal oxides like aluminum oxide, silica gel and clay are commonly used adsorbents. They have their specific adsorption properties depending upon pores.

c. Specific area of the adsorbent: The greater the specific area, more will be the extent of adsorption. That is why porous or finely divided forms of adsorbents adsorb larger quantities of adsorbate. The pores should be large enough to allow the gas molecules to enter.

Taking logarithm on both sides, we get,

The slope of the line is 1 / k and intercept will be equal to log k.

• Catalyst: These are substances which alter the rate of a chemical reaction and themselves remain chemically and quantitatively unchanged after the reactionand the phenomenon is known as catalysis.

• Promoters: These are the substances which increase the activity of catalyst. Example – Mo is promoter whereas Fe is catalyst in Haber’s Process.

• Catalytic poisons (Inhibitors): These are the substances which decrease the activity of catalyst. Example -Arsenic acts as catalytic poison in the manufacture of sulphuric acid by ‘contact process.’

For example: CO and H2 react to form different products in presence of different catalysts as follows:

• Shape – selective catalysis: It is the catalysis which depends upon the pore structure of the catalyst and molecular size of reactant and product molecules.
Example – Zeolites

• are shape – selective catalysts due to their honey- comb structure.
Enzymes: These are complex nitrogenous organic compounds which are produced by living plants and animals. They are actually protein molecules of high molecular mass. They are biochemical catalysts

• Characteristics of enzyme catalysis:
(i) They are highly efficient. One molecule of an enzyme can transform 106 molecules of reactants per minute.
(ii) They are highly specific in nature. Example – Urease catalysis hydrolysis of urea only.
(iii) They are active at optimum temperature (298 – 310 K). The rate of enzyme catalysed reaction becomes maximum at a definite temperature called the optimum temperature.
(iv) They are highly active at a specific pH called optimum pH.
(v) Enzymatic activity can be increased in presence of coenzymes which can be called as promoters.
(vi) Activators are generally metal ions Na+, Co2+ and Cu2+ etc. They weakly bind to enzyme and increase its activity.
(vii) Influence of inhibitors (poison): Enzymes can also be inhibited or poisoned by the presence of certain substances.

• True solution:
(i) It is homogeneous.
(ii) The diameter of the particles is less than 1 nm.
(iii) It passes through filter paper.
(iv) Its particles cannot be seen under a microscope.

• Colloids:
(i) It appears to be homogeneous but is actually heterogeneous.
(ii) The diameter of the particles is 1 nm to 1000 nm.
(iii) It passes through ordinary filter paper but not through ultra-filters.
(iv) Its particles can be seen by a powerful microscope due to scattering of light.

• Suspension:
(i) It is heterogeneous.
(ii) The diameter of the particles are larger than 1000 nm.
(iii) It does not pass through filter paper.
(iv) Its particles can be seen even with naked eye.

• Classification of colloids on the basis of nature of interaction between dispersed phase and dispersion medium, the colloids are classified into two types namely,
1. Lyophobic sols
2. Lyophilic sols

• Lyophobic sols:
(i) These colloids are liquid hating.
(ii) In these colloids the particles of dispersed phase have no affinity for the dispersion medium.
(iii) They are not stable.
(iv) They can be prepared by mixing substances directly.
(v) They need stabilizing agents for their preservation.
(vi) They are irreversible sols.

• Lyophilic sols:
(i) These colloids are liquid loving.
(ii) In these colloids, the particles of dispersed phase have great affinity for the dispersion medium.
(iii) They are stable.
(iv) They cannot be prepared by mixing substances directly. They are prepared only by special methods.
(v) They do not need stabilizing agents for their preservation.
(vi) They are reversible sols.

• Methods of preparation of colloids:
1. Chemical methods: Colloids can be prepared by chemical reactions leading to the formation of molecules. These molecules aggregate leading to formation of sols.
2. Electrical disintegration or Bredig’s Arc method: In this method, electric arc is struck between electrodes of the metal immersed in the dispersion medium. The intense heat produced vaporizes the metal which then condenses to form particles of colloidal size.
3. Peptization: It is the process of converting a precipitate into colloidal sol by shaking it with dispersion medium in the presence of a small amount of electrolyte. The electrolyte used for this purpose is called peptizing agent. 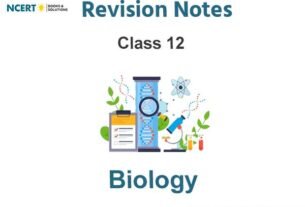 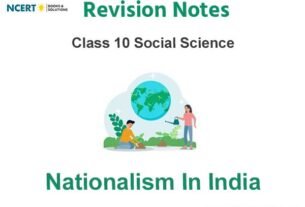 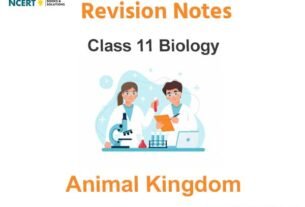