• Double salt
1. When two salts in stoichiometric ratio are crystallised together from their saturated solution they are called double salts
2. Example: FeSO4. (NH4). 2SO4. 6H2O (Mohr’s salt)
3. They dissociate into simple ions when dissolved in water.

• Ligands:
1. A molecule, ion or group that is bonded to the metal atom or ion in a complex or coordination compound by a coordinate bond is called ligand.

2. It may be neutral, positively or negatively charged.
3. Examples:H2O, CN-, NO+ etc

• Donor atom:
1. An atom of the ligand attached directly to the metal is called the donor atom.
2. Example: In the complex K4[Fe(CN)6], CN is a donor atom.

• Counter ions:
1. The ions present outside the coordination sphere are called counter ions.
2. Example: In the complex , K4[Fe(CN)6+K+ is the counter ion.

• Didentate ligands:
1. The ligands which contain two donor atoms or ions through which they are bonded to the metal ion.
2. Examples: Ethylene diamine (H2NCH2CH2NH2) has two nitrogen atoms, oxalate ion.

has two oxygen atoms which can bind with the metal atom.

• Chelate:
1. An inorganic metal complex in which there is a close ring of atoms caused by attachment of a ligand to a metal atom at two points.
2. An example is the complex ion formed between ethylene diamine and cupric ion,[Cu(NH2CH2NH2)2]2+

• Werner’s coordination theory:
1. Werner was able to explain the nature of bonding in complexes.
2. The postulates of Werner’s theory are:

a). Metal shows two different kinds of valencies: primary valence and secondary valence.
b). The ions/ groups bound by secondary linkages to the metal have characteristic spatial arrangements corresponding to different coordination numbers.
c). The most common geometrical shapes in coordination compounds are octahedral, square planar and tetrahedral.

Isomers: Two or more compounds which have same chemical formula but different arrangement of atoms are called isomers.

• Ionisation isomerism:
1. It arises when the counter ion in a complex salt is itself a potential ligand and can displace a ligand which can then become the counter ion.
2. Example: [Co(NH3)5Br) SO4 and [Co(NH3)3SO4] Br

• Coordination isomerism:
1. This type of isomerism arises from the interchange of ligands between cationic and anionic entities of different metal ions present in a complex.
2. Example: [Co(NH3)6][Cr(C2O4)3] and [Cr(NH3)6][Co(Co(C2O4)3]

• Valence bond theory:
1. According to this theory, the metal atom or ion under the influence of ligands can use its (n-1)d, ns, np or ns, np, nd orbitals for hybridisation to yield a set of equivalent orbitals of definite geometry such as octahedral, tetrahedral, and square planar.
2. These hybridised orbitals are allowed to overlap with ligand orbitals that can donate electron pairs for bonding.

Magnetic moment μ=√n(n+2) where n is number of unpaired electrons.

• Crystal Field Theory:
1. It assumes the ligands to be point charges and there is electrostatic force of attractionbetween ligands and metal atom or ion.
2. It is theoretical assumption.

• For the same metal, the same ligands and metal-ligand distances, the difference in energy between eg and t2g level is

We hope the above Co-ordination Compounds Class 12 Chemistry are useful for you. If you have any questions then post them in the comments section below. Our teachers will provide you an answer. Also refer to MCQ Questions for Class 12 Chemistry 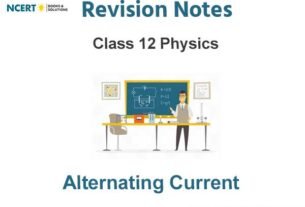 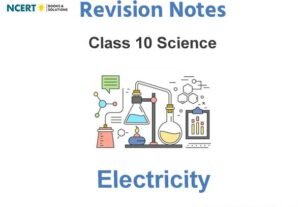