The below Class 12 Wave Optics notes have been designed by expert Physics teachers. These will help you a lot to understand all the important topics given in your NCERT Class 12 Physics textbook. Refer to Chapter 10 Wave Optics Notes below which have been designed as per the latest syllabus issued by CBSE and will be very useful for upcoming examinations to help clear your concepts and get better marks in examinations.

• Wave front:
It is the locus of points having the same phase of oscillation.

• Rays:
Rays are the lines perpendicular to the wave front, which show the direction of propagation of energy.

• Time Taken:
The time taken for light to travel from one wave front to another is the same along any ray.

• Principle of Huygens’ Construction:
a) It is based on the principle that every point of a wave front is a source of secondary wavefront.
b) The envelope of these wave fronts i.e., the surface tangent to all the secondary wave front gives the new wave front.

• Refraction and Reflection of Plane Waves Using Huygens’ Principle:
The law of reflection (i = r) and the Snell’s law of refraction

can be derived using the wave theory. (Here vl and v2 are the speed of light in media 1 and 2 with refractive index μ1 and μ2 respectively).

• Relation between Frequency and Speed:
The frequency v remains the same as light travels from one medium to another. The speed v of a wave is given by

• Doppler Effect:
It is the shift in frequency oflight when there is a relative motion between the source and the observer. The effect can be used to measure the speed of an approaching or receding object.

• Coherent and Incoherent Addition of Waves:
a) Two sources are coherent if they have the same frequency and a stable phase difference.
b) In this case, the total intensity I is not just the sum of individual intensities h and h due to the two sources but includes an interference term, I= I 1 +I2 +2k.E1.E2 Where E1 and E2 are the electric fields at a point due to the sources.
c) The interference term averaged over many cycles is zero if
i) The sources have different frequencies or
ii) The sources have the same frequency but no stable phase difference.
d) For such coherent sources, I = I1 +I2
e) According to the superposition principle when two or more wave motions traveling through a medium superimpose one another, a new wave is formed in which resultant displacements due to the individual waves at that instant
f) The average ofthe total intensity will be

Where¢ is the inherent phase difference between the two superimposing waves.
g) The significance is that the intensity due to two sources of light is not equal to the sum of intensities due to each of them.
h) The resultant intensity depends on the relative location of the point from the two sources, since changing it changes the path difference as we go from one point to another.
i) As a result, the resulting intensity will vary between maximum and minimum values, determined by the maximum and minimum values of the cosine function. These will be

• Young’s Experiment
Two parallel and very close slits S1 and S2 (illuminated by another narrow slit) behave like two coherent sources and produce on a screen a pattern of dark and bright bands – interference fringes. For a point P on the screen, the path difference

Where d is the separation between two slits, D1 is the distance between the slits and the screen and yl is the distance of the point of P from the central fringe. For constructive interference (bright band), the path difference must be an integer multiple of A. , i.e.,

The separation .1yl between adjacent bright (or dark) fringes is,

using which A, can be measured.

Where tJ.;is the phase difference & t:.X. is the path difference

• Diffraction:
a) It refers to light spreading out from narrow holes and slits, and bending around comers and obstacles.
b) The single-slit diffraction pattern shows the central maximum(at8 = 0),zero intensity at angular separation
8 = ±(n+112)λ..•..(.n ¢0)

• Different Parts of the Wave Front at the
Slit act as Secondary Sources:
a) Diffraction pattern is the result of interference of waves from these sources.
b) The intensity plot looks as follows, with there being a bright central maximum, followed by smaller intensity secondary maxima, with there being points of zero intensity in between, whenever dsin8= nλ..n0

• Polarization:
a) It specifies the manner in which electric field E oscillates in the plane transverse to the direction of propagation of light. If E oscillates back and forth in a straight line, the wave is said to be linearly polarized. If the direction of E changes irregularly the wave is unpolalized.
b) When light passes through a single polaroid P1light intensity is reduced to half, independent of the orientation of P1.When a second Polaroid P2 is also included, at one specific orientation w.r.t Pt.. the net transmitted intensity is reduced to zero but is transmitted fully when P1is turned 900 from that orientation. This happens because the transmitted polarization by a polaroid is the component of E parallel to its axis.
c) Unpolarized sunlight scattered by the atmosphere or reflected from a medium gets (partially) polarized.

• Optical Activity:
Linearly polarized light passing through some substances like sugar solution undergoes a rotation of its direction of polarization, proportional to the length of the medium traversed and the concentration to the substance. This effect is known as optical activity.

• Intensity of the Light due to Polarization:
l= l0 cos2 (}
Where I is the intensity of light after polarization Ia is the original intensity, (} is the angle between the axis of the analyzer & the polarizer

• Polarization by Scattering:
a) Light is scattered when it meets a particle of similar size to its own wavelength. The scattering of sunlight by dust particles is an example of polarization by scattering.
b) Rayleigh showed that the scattering of light is proportional to the fourth power of the frequency of the light or varies as 1/λ4 where A.is the wavelength of light incident on the air molecules of size ‘d’ where d <<A.. Hence blue light is scattered more than red. This explains the blue colour of the sky. 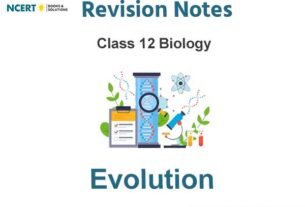 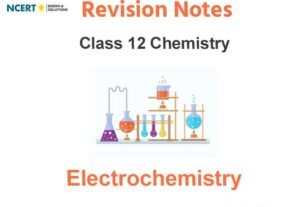 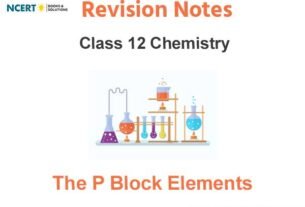