Please refer to Dual Nature Of Radiation And Matter Class 12 Physics Notes and important questions below. The Class 12 Physics Chapter wise notes have been prepared based on the latest syllabus issued for the current academic year by CBSE. Students should revise these notes and go through important Class 12 Physics examination questions given below to obtain better marks in exams

The below Class 12 Dual Nature Of Radiation And Matter notes have been designed by expert Physics teachers. These will help you a lot to understand all the important topics given in your NCERT Class 12 Physics textbook. Refer to Chapter 11 Dual Nature Of Radiation And Matter Notes below which have been designed as per the latest syllabus issued by CBSE and will be very useful for upcoming examinations to help clear your concepts and get better marks in examinations.

• Electric Discharge:
The passage of an electric current through a gas is called electric discharge.

• Discharge Tube:
A hard glass tube along with the necessary arrangement, which is used to study the passage of electric discharge through gases at low pressure, is called a discharge tube.

• Cathode Rays:
Cathode rays are the stream of negatively charged particles, electrons which are shot out at a high speed from the cathode of a discharge tube at pressure below 0.01 mm of Hg.

• Work Function:
The minimum amount of energy required by an electron to just escape from the metal surface is known as work function of the metal. W0 =θ0 = hv0

• Thermionic Emission:
Here electrons are emitted from the metal surface with the help of thermal energy.

• Field or Cold Cathode Emission:
Electrons are emitted from a metal surface by subjecting it to a very high electric field.

• Photoelectric Emission:
Electrons emitted from a metal surface with the help of suitable electromagnetic radiations.

• Secondary Emission:
Electrons are ejected from a metal surface by striking over its fast moving electrons.

• Cut Off or Stopping Potential:
The value of the retarding potential at which the photoelectric current becomes zero is called cut off or stopping potential for the given frequency of the incident radiation.

• Threshold Frequency:
The minimum value of the frequency of incident radiation below which the photoelectric emission stops altogether is called threshold frequency.

Where wo is the work function of the metal.

f) All the experimental observations can be explained on the basis Einstein’s photoelectric equation.

Where Φ is the angle of scattering of the X-ray photon and m0 is the rest mass of the electron.

• Charge and Mass of an Electron by Thompson’s Method:
a) J. J. Thomson devised an experiment to determine the velocity (v) and the ratio of the charge (e) to the mass (m) i.e., e/m of cathode rays.
b) In this method, electric field E and magnetic field B are applied on the cathode rays.
c) In the region where they are applied perpendicular to each other and to the direction of motion of cathode rays,
Force due to electric field, FE = Force due to magnetic field FB,

Where v1 is the terminal velocity of the drop under the influence of electric field and gravity and E is the applied electric field.

• Photocell:
a) It is an arrangement which converts light energy into electric energy.
b) It works on the principle of photoelectric effect.
c) It is used in cinematography for the reproduction of sound.

• Dual Nature of Radiation:
Light has dual nature. It manifests itself as a wave in diffraction, interference, polarization, etc., while it shows particle nature in photoelectric effect, Compton scattering, etc.

• Dual Nature of Matter:
a) As there is complete equivalence between matter (mass) and radiation (energy) and the principle of symmetry is always obeyed, de Broglie suggested that moving particles like protons, neutrons, electrons, etc., should be associated with waves known as de Broglie waves and their wavelength is called de Broglie wavelength.
b) The de Broglie wavelength of a particle of mass m moving with velocity v is given by,

Where h is Planck’s constant.

• Davison and Germer Experiment:
This experiment help to confirm the existence of de Broglie waves associated with electrons.

• De Broglie Wavelength of an Electron:
The wavelength associated with an electron bean accelerated through a potential.

• de Broglie wavelength associated with the particle of momentum p is,

Where V is the magnitude of accelerating potential.

• Electron Microscope:
a) It is a device which makes use of accelerated electron beams to study very minute objects like viruses, microbes and the crystal structure of solids.
b) It has a magnification of 5 ~ 105 . 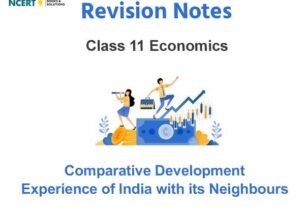 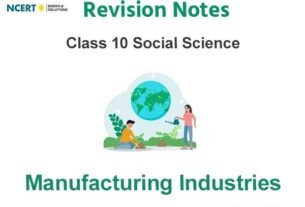