The below Class 12 Atoms notes have been designed by expert Physics teachers. These will help you a lot to understand all the important topics given in your NCERT Class 12 Physics textbook. Refer to Chapter 12 Atoms Notes below which have been designed as per the latest syllabus issued by CBSE and will be very useful for upcoming examinations to help clear your concepts and get better marks in examinations.

• Thomson’s Model of an Atom:
An atom consists of positively charged matter in which the negatively charged electrons are uniformly embedded like plums in a pudding. This model could not explain scattering of alpha-particles through thin foils and hence discarded.

• Rutherford’s Model of an Atom:
Geiger and Marsden in their experiment on scattering of alpha-particles found that most of the alpha-particles passed undeviated through thin foils but some of them were scattered through very large angles. From the results of these experiments, Rutherford proposed the following model of an atom:
a) An atom consists of a small and massive central core in which the entire positive charge and almost the whole mass of the atom are concentrated. This core is called the nucleus.
b) The nucleus occupies a very small space as compared to the size of the atom.
c) The atom is surrounded by a suitable number of electros so that their total negative charge is equal to the total positive charge on the nucleus and the atom as a whole is electrically neutral.
d) The electrons revolve around the nucleus in various orbits just as planets revolve around the sun.
e) The centripetal force required for their revolution is provided by the electrostatic attraction between the electrons and the nucleus.

• Distance of Closest Approach:
When an alpha-particle of mass m and velocity v moves directly towards a nucleus of atomic number Z, its initial energy E, which is just the kinetic energy K gets completely converted into potential energy U at stopping point This stopping point happens to be at a distance of closest approach d from the nucleus.

• Impact Parameter:
a) It is defined as the perpendicular distance of the velocity of the alpha-particle from the central of the nucleus, when it is far away from the atom.
b) The shape of the trajectory of the scattered alpha-particle depends on the impact parameter b and the nature of the potential field.
c) Rutherford deduced the following relationship between the impact parameter band the scattering angle ø:

• Bohr’s Model for the Hydrogen Atom:
Basic postulates:
a) Nuclear concept:
An atom consists of a small massive central called nucleus around which planetary electrons revolve. The centripetal force required for their rotation is provided by the electrostatic attraction between the electrons and the nucleus.
b) Quantum condition:
Of all the possible circular orbits allowed by the classical theory, the electrons are permitted to circulate only in such orbits in which the angular momentum of an electron is an integral multiple of h/2π, h being Planck’s constant.

c) Stationary orbits:
While revolving in the permissible orbits, an electron does not radiate energy. These non-radiating orbits are called stationary orbits.
d) Frequency condition:
An atom can emit or absorb radiation in the form of discrete energy photons only, when an electron jumps from a higher to a lower orbit or from a lower to a higher orbit. If E1and E2 are the energies associated with these permitted orbits then the frequency V of the emitted absorbed radiation is, hv=E2 – E1
e) Radius of the orbit of an electron in hydrogen atom is,

g)  Total energy E of the electron in hydrogen atom:

h)  Speed of an electron in the nth orbit is,

i)   Energy of an electron in nth orbit is,

• Failure of Bohr’s Model:
a) This model is applicable only to hydrogen-like atoms and fails in case of higher atoms.
b) It could not explain the fine structure of the spectral lines in the spectrum of hydrogen atom.

• Energy Level Diagram:
It is a diagram in which the energies of the different stationary states of an atom are represented by parallel horizontal lines, drawn according to some suitable energy scale.

• Spectral Series of Hydrogen Atom:
Whenever an electron in hydrogen atom makes a transition from a higher energy level n2 to a lower energy level n1, the difference of energy appears in the form of a photon of frequency V is given by,

• Excitation Energy:
It is defined as the energy required by an electron of an atom to jump from its ground state to any one of its existed state.

• Excitation Potential:
It is the accelerating potential which gives sufficient energy to a bombarding electron so to excite the target atom by raising one of its electrons from an inner to and outer orbit.

• Ionisation Potential:
It is the accelerating potential which gives to bombarding electron the sufficient energy to an outer orbit.

• De Broglie’s Hypothesis:
The electrons having a wavelength λ = h mv gave an explanation for Bohr’s quantised orbits by bringing in the wave particle duality. The orbits correspond to circular standing waves in which the circumference of the orbit equals a whole number of wavelengths.

• MASER:
a) Maser stands for ‘Microwaves Amplification by Stimulated Emission of Radiation’. b) It is simply a device for producing a highly intense, monochromatic coherent and collimated beam of microwaves.

• LASER:
a) It stand for ‘Light Amplification by Stimulated Emission of Radiation.
b) It is a device used to produce highly intense strong monochromatic coherent and collimated beam of light. 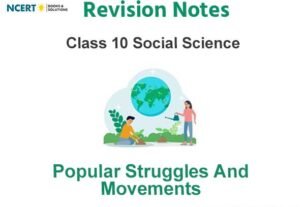 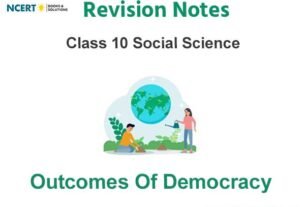 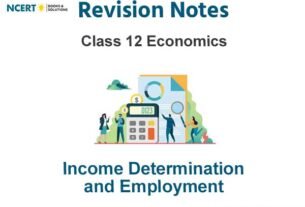