The below Class 12 Nuclei notes have been designed by expert Physics teachers. These will help you a lot to understand all the important topics given in your NCERT Class 12 Physics textbook. Refer to Chapter 13 Nuclei Notes below which have been designed as per the latest syllabus issued by CBSE and will be very useful for upcoming examinations to help clear your concepts and get better marks in examinations.

• Atomic Number:
The number of protons in the nucleus is called the atomic number. It is denoted by Z.

• Mass number:
The total number of protons and neutrons present in a nucleus is called the mass number of the element. It is denoted by A

• Nuclear Mass:
The total mass of the protons and neutrons present in a nucleus is called the nuclear mass.

• Nuclide:
A nuclide is a specific nucleus of an atom characterized by its atomic number Z and mass number A. It is represented as, zXA
Where X= chemical symbol of the element, Z = atomic number and A = mass number

• Isobars:
The atoms having the same mass number but different atomic number are called isobars.

• lsotones:
The nuclides having the same number of neutrons are called isotones.

• Isomers:
These are nuclei with same atomic number and same mass number but in different energy states.

• Electron Volt:
It is defined as the energy acquired by an electron when it is accelerated through a potential difference of 1volt and is denoted by eV.

• Discovery of Neutrons:
a) Neutrons were discovered by Chadwick in 1932.
b) When beryllium nuclei are bombarded by alpha-particles, highly penetrating radiations are emitted, which consists of neutral particles, each having mass nearly that of a proton. These particles were called neutrons.

c)    A free neutron decays spontaneously, with a half-life of about 900 s, into a proton. electron and an antineutrino.

• Size of the Nucleus:
a) It is found that a nucleus of mass number A has a radius

• Density of the Nucleus:
Density of nucleus is constant; independent of A, for all nuclei and density of nuclear matter is approximately2.3 x l017kg m-3 which is very large as compared to ordinary matter, say water which is 103 kg m-3.

• Mass-Energy equivalence:
Einstein proved that it is necessary to treat mass as another form of energy. He gave the mass-energy equivalence relation as, =mc2 Where m is the mass and c is the velocity of light in vacuum.

• Mass Defect:
The difference between the rest mass of a nucleus and the sum of the rest masses of its constituent nucleons is called its mass defect. It is given by,
△m = (zmp + (A-Z)mn]-m

• Binding Energy:
a) It may be defined as the energy required to break a nucleus into its constituent protons and neutrons and to separate them to such a large distance that they may not interact with each other.
b) It may also be defined as the surplus energy which the nucleus gives up by virtue of their attractions which they become bound together to form a nucleus.
c) The binding energy of a nucleus z X A is, BE.=[ Zmp +(A-Z) mn-m]c2

• Binding Energy per Nucleon:
It is average energy required to extract one nucleon from the nucleus. It is obtained by dividing the binding energy of a nucleus by its mass number.

• Nuclear Forces:
a) These are the strong in attractive forces which hold protons and neutrons together in a tiny nucleus.
b) These are short range forces which operate over very short distance of about 2 – 3 fm of separation between any two nucleons.
c) The nuclear force does not depend on the charge of the nucleon.

• Nuclear Density:
The density of a nucleus is independent of the size of the nucleus and is given by

• Radioactivity:
a) It is the phenomenon of spontaneous disintegration of the nucleus of an atom with the emission of one or more radiations like α -particles, β -particles or ϒ- rays.
b) The substances which spontaneously emit penetrating radiation are called radioactive substances.

• Alpha Decay:
It is the process of emission of an α -particle from a radioactive nucleus. It may be represented as

•   Beta Decay:
It is the process of emission of an electron from a radioactive nucleus. It may be represented as,

•   Gamma Decay:
It is the process of emission of a r-ray photon during the radioactive disintegration of a nucleus. It can be represented as,

• Decay or disintegration Constant:
It may be defined as the reciprocal or the time interval in which the number of active nuclei in a given radioactive sample reduces to 36.8% of its initial value.

•    Mean Life:
The mean-life of a radioactive sample is defined as the ratio of the combined age of all the atoms and the total number of atoms in the given sample. It is given by,

•    Rate of Decay or Activity of a Radioactive Sample:
It is defined as the number of radioactive disintegrations taking place per second in a given sample. It is expressed as,

• Rutherford:
One Rutherford is the decay rate of 106 disintegrations per second.

• Natural Radioactivity:
It is the phenomenon of the spontaneous emission of- α, β and ϒ radiations from the nuclei of naturally occurring isotopes.

• Artificial or Induced Radioactivity:
It is the phenomenon of inducing radioactivity in certain stable nuclei by bombarding them by suitable high energy sub atomic particles.

• Nuclear Reaction:
It is a reaction which involves the change of stable nuclei of one element into the nucleus of another element.

• Nuclear Fission:
It is the process in which a heavy nucleus when excited gets split into two smaller nuclei of nearly comparable masses. For example,

• Nuclear Reactor:
It is a device in which a nuclear chain reaction is initiated, maintained and controlled.

• Nuclear Fusion:
It is the process of fusion of two smaller nuclei into a heavier nucleus with the liberation of large amount of energy.

• Moderator:
a) Any substance which is used to slow down fast moving neutrons to thermal energies is called a moderator.
b) The commonly used moderators are water, heavy water (D20) and graphite. 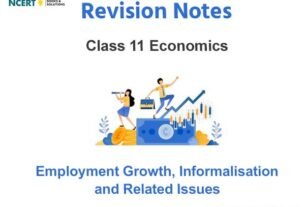 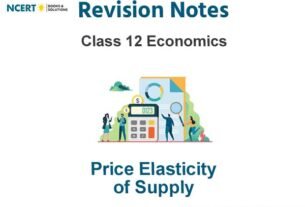