Please refer to Semiconductor Electronics Class 12 Physics Notes and important questions below. The Class 12 Physics Chapter wise notes have been prepared based on the latest syllabus issued for the current academic year by CBSE. Students should revise these notes and go through important Class 12 Physics examination questions given below to obtain better marks in exams

The below Class 12 Semiconductor Electronics notes have been designed by expert Physics teachers. These will help you a lot to understand all the important topics given in your NCERT Class 12 Physics textbook. Refer to Chapter 14 Semiconductor Electronics Notes below which have been designed as per the latest syllabus issued by CBSE and will be very useful for upcoming examinations to help clear your concepts and get better marks in examinations.

• Extrinsic Semiconductors:
A Semiconductor doped with suitable impurity atoms so as to increase its conductivity is called an extrinsic semiconductor.

• Holes:
The vacancy or absence of electron in the bond of a covalently bonded crystal is called a hole.A hole serves as a positive charge carrier.

• Mobility:
a) The drift velocity acquired by a charge carrier in a unit electric field is called its electrical mobility and is denoted by μ •

b) The mobility of an electron in the conduction band is greater than that of the hole (or electron) in the valence band.

• mectrlcal conductivity of a Semiconductor:
a) If a potential difference Vis applied across a conductor of length Land area of cross­ section A. then the total current I through it is given by,
l = eA(neve + nhvh)
where De and llh are the electron and hole densities, and Ve and Vh are their drift velocities, respectively.
b) If μh are the electron and hole mobilities, then the conductivity of the semiconductor will be,
p = e (neμe + nhμh)
and the resistivity will be,

c)  The conductivity of an intrinsic semiconductor increases exponentially with temperature as,

• Forward Biasing of a pn-junction:
If the positive terminal of a battery is connected to the p-side and the negative terminal to the n-side, then the pn-junction is said to be forward biased. Both electrons and holes move towards the junction. A cu1Tellt.calledforward current, flows across the junction Thus a pn • unction offers a low resistance when it is forward biased.

• Reverse biaslng of a pn-junction
If the positive terminal of a battery is Connected the n• side and negative terminal to the p- slde, then pn-JuncUon .is said to be reverse biased. The majority charge carriers move away from the junction. The potential barrier offer hip resistance during the reverse bias. However ,due to the minority charge canters a small current. called reverse or leakage current flows In the opposite direction. Thus Junction diode has almost a unidirectional flow of current.

• Actionofatnmsisto1:
When the emitter-base Junction of an apn-trans1storIs forward blued. The electrons are pushed towards the base. As the base region is very thin and lushly doped, most of the electrons cross over to the reverse biased collector. Since few electrons and holes always recombine In the base region, so the collector current lc Is always slightly less then emitter current lE, lElClB
Where iB is the base current.

• Relations between α and  β :
The current gains a and  β are related as,

• Voltage Gain of an Amplifier:
It is defined as,

Logic Gate:
A logic gate is a digital circuit that has one or more inputs but only one output It follows a logical relationship between input and output voltage.

• Truth Table:
This table shows all possible input combination and the corresponding output for a logic gate.

• Boolean Expression:
It is a shorthand method of describing the function of a logic gate in the form of an equation or an expression. It also relates all possible combination of the inputs of a logic gate to the corresponding outputs.

• OR Gate:
An OR gate can have any number of inputs but only one output It gives higher output (1) if either input A or B or both are high (1), otherwise the output is low (0). A+B=Y Which is read as ‘A or B equals Y’.

• AND gate:
An AND gate can have any number of inputs but only one output. It gives a high output
(1) if inputs A and B are both high (1), or else the output is low (0). It is described by the Boolean expression.
A.B=Y
Which is read as ‘A and B equals Y’.

• NOT Gate:
A NOT gate is the simplest gate, with one input and one output. It gives as high output
(1) if the input A is low (0), and vice versa. Whatever the input is, the NOT gate inverts it. It is described by the Boolean expression:
A=Y
Which is read as ‘not A equal Y’.

• NAND (NOT+AND) gate:
It is obtained by connecting the output of an AND gate to the input of a NOT gate. Its output is high if both inputs A and B are not high. If is described by the Boolean expression.

Which is read as ‘A and B negated equals Y’.

• NOR (NOT+OR) Gate:
It is obtained by connecting the output of an OR gate to the input of a NOT gate. Its output is high if neither input A nor input B is high. It is described by the Boolean expression.

Which is read as ‘A and B negated equals Y’.

• XOR or Exclusive OR gate.
The XOR gate gives a high output if either input A or B is high but not when both A and B are high or low. It can be obtained by using a combination of two NOT gates, two AND gates and one OR gate. It is described by Boolean expression:

The XOR gate is also known as difference gate because its output is high when the inputs are different.

• Integrated Circuits:
The concept of fabricating an entire circuit (consisting of many passive components like Rand C and active devices like diode and transistor) on a small single block (or chip) of a semiconductor has revolutionized the electronics technology. Such a circuit is known as Integrated Circuit (IC). 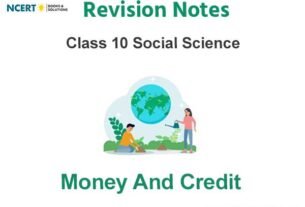 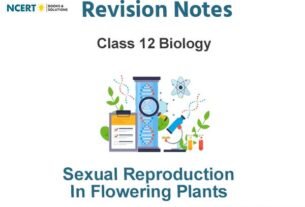