The below Class 9 Coordinate Geometry notes have been designed by expert Mathematics teachers. These will help you a lot to understand all the important topics given in your NCERT Class 9 Mathematics textbook.

Refer to Chapter 3 Coordinate Geometry Notes below which have been designed as per the latest syllabus issued by CBSE and will be very useful for upcoming examinations to help clear your concepts and get better marks in examinations.

1. Cartesian System
2. Plotting a Point in the Plane with given Coordinates
• Coordinate Geometry: The branch of mathematics in which geometric problems are solved through algebra by using the coordinate system is known as coordinate geometry.
• Coordinate System: Coordinate axes: The position of a point in a plane is determined with reference to two fixed mutually perpendicular lines, called the coordinate axes.

In this system, position of a point is described by ordered pair of two numbers.
• Ordered pair: A pair of numbers a and b listed in a specific order with ‘a’ at the first place and ‘b’ at the second place is called an ordered pair (a,b)
Note that (a, b) ¹ (b, a)
Thus (2,3) is one ordered pair and (3,2) is another ordered pair.
In given figure O is called origin.
The horizontal line X1
OX is called the X-axis.
The vertical line YOY’ is called the Y-axis.
P(a,b) be any point in the plane. ‘a’ the first number denotes the distance of point from Y-axis
and ‘b’ the second number denotes the distance of point from X-axis.
a – X – coordinate | abscissa of P.
b – Y – coordinate | ordinate of P.
The coordinates of origin are (0,0)
Every point on the x-axis is at a distance o unit from the X-axis. So its ordinate is 0.
Every point on the y-axis is at a distance of unit from the Y-axis. So, its abscissa is 0.

Note: Any point lying on X- axis or Y – axis Y-axis does not lie in any quadrant. 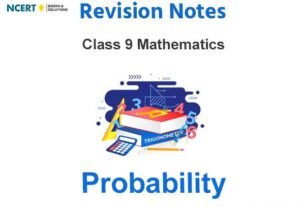