The below Class 9 Triangles notes have been designed by expert Mathematics teachers. These will help you a lot to understand all the important topics given in your NCERT Class 9 Mathematics textbook.

Refer to Chapter 7 Triangles Notes below which have been designed as per the latest syllabus issued by CBSE and will be very useful for upcoming examinations to help clear your concepts and get better marks in examinations.

1. Congruence of Triangles
2. Criteria for Congruence of Triangles
3. Some Properties of a Triangle
4. Inequalities in a Triangle
• Triangle- A closed figure formed by three intersecting lines is called a triangle. A triangle has three sides, three angles and three vertices.
• Congruent figures- Congruent means equal in all respects or figures whose shapes and sizes are both the same for example, two circles of the same radii are congruent. Also two squares of the same sides are congruent.
• Congruent Triangles- two triangles are congruent if and only if one of them can be made to superpose on the other, so as to cover it exactly.
• If two triangles ABC and PQR are congruent under the correspondence A«P,B«Q andC«R then symbolically, it is expressed as ΔABC = ΔPQR

• AAS Congruence Rule- Two triangle are congruent if any two pairs of angles and one pair of corresponding sides are equal for example ΔABC and ΔDEF shown below satisfy AAS congruence criterion.

RHS stands for right angle – Hypotenuse side.
• A point equidistant from two given points lies on the perpendicular bisector of the line segment joining the two points and its converse.
• A point equidistant from two intersecting lines lies on the bisectors of the angles formed by the two lines.
• In a triangle, angle opposite to the longer side is larger (greater)
• In a triangle, side opposite to the large (greater) angle is longer.
• Sum of any two sides of a triangle is greater than the third side. 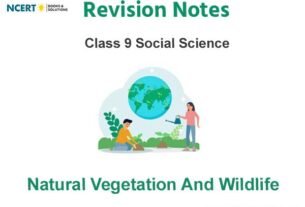 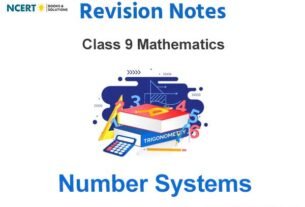 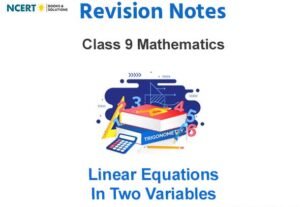