The below Class 9 The French Revolution notes have been designed by expert Social Science teachers. These will help you a lot to understand all the important topics given in your NCERT Class 9 Social Science textbook.

Refer to Chapter 1 The French Revolution Notes below which have been designed as per the latest syllabus issued by CBSE and will be very useful for upcoming examinations to help clear your concepts and get better marks in examinations.

The French Society during the Late 18th Century

In 1774, Louis XVI, a 20 year young from Bourbon dynasty ascended the throne of France.
He was welcomed by empty treasure. The France was reeling under tremendous debt which had mounted Up to 2 billion livres.For meeting theses expenses increase in the tax was inevitable.

The Struggle for Survival : Population of France grew and so did the demand for grain. The gap between the rich and poor widened. This led to subsistence crises.

Subsistence Crisis : An extreme situation where the basic means of livelihood are endangered .

The Growing Middle Class : The 18th century witnessed the emergence of middle class which was educated and believed that no group in society should be privileged by birth.
These ideas were put forward by philosophers such as Locke the English philosopher and Rousseau, French philosopher. The American constitution and its guarantee of individual rights was an important example of political theories of France. These ideas were discussed intensively in salons and coffee houses and spread among people through books and newspapers. These were even read aloud.

THE OUTBREAK OF THE REVOLUTION

The French Revolution went through various stages. When Louis XVI became king of France in 1774, he inherited a treasury which was empty. There was growing discontent within the society of the Old Regime.

1789
Louis XVI called the Estate General to pass the proposals for new taxes. The Third Estate forms National Assembly, the Bastille is stormed, peasant revolts in the countryside.

1791
National assembly completed the draft of constitution. It limited the powers of the king and guaranteed basic right to all human beings. France became constitutional monarchy.

1792-93
France abolished monarchy and became a republic. National assembly was replaced by convention. King and queen were executed.

1793 – 94
It is referred as reign of terror. Robespierre followed a policy of severe control. He executed all the so called ‘enemies’ of republic.

1795
Jacobin Republic overthrown, a Directory rules France.
A new Convention appointed a five-man Directorate to run the state from 26 October, 1795.

1799
The Revolution ends with the rise of Napoleon Bonaparte.

1790 — Civil Constitution of the Clergy nationalises the Church.

1792 — Constitution of 1791 converts absolute monarchy into a constitutional monarchy with limited powers.

1792-1794 — The Reign of Terror starts. Austria, Britain, the Netherlands, Prussia and Spain are at war with France.

Executes many “enemies of the people” in France itself.

1794 — Robespierre is executed. France is governed by a Directory, a committee of five men.

From the very beginning women were active participants in the events which brought about so many changes in the French society. Most women of the third estate had to work for a living.Their wages were lower than those of men.

In order to discuss and voice their interests, women started their own political clubs and newspapers. One of their main demands was that women must enjoy the same political rights as men. Some laws were introduced to improve the position of women. Their struggle still continues in several parts of the world.

It was finally in 1946 that women in France won the right to vote.

THE ABOLITION OF SLAVERY

There was a triangular slave trade between Europe, Africa and Americas. In the 18th century,there was little criticism of slavery in France. No laws were passed against it. It was in 1794 that the convention freed all slaves. But 10 years later slavery was reintroduced by Napoleon. It was finally in 1848 that slavery was abolished in the French colonies.

THE REVOLUTION AND EVERYDAY LIFE

The years following 1789 in France saw many changes in the lives of men, women and children.The revolutionary governments took it upon themselves to pass laws that would translate the ideals of liberty and equality into everyday practice. One important law that came into effect was the abolition of censorship.

The ideas of liberty and democratic rights were the most important legacy of the French Revolution. These spread from France to the rest of Europe during the 19th century.

In 1804, Napoleon crowned himself emperor of France. He set out to conquer neighbouring European countries, dispossessing dynasties and creating kingdoms where he placed members of his family. He saw his role as a modernizer of Europe. He introduced many reforms which had long lasting effect on Europe. He was finally defeated at Waterloo in 1815. 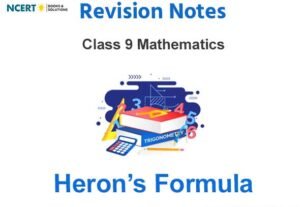 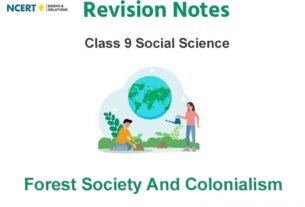 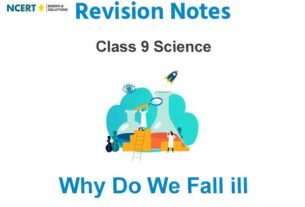