The below Class 11 Indian Economy 1950 – 1990 notes have been designed by expert Economics teachers. These will help you a lot to understand all the important topics given in your NCERT Class 11 Economics textbook. Refer to Chapter 2 Indian Economy 1950 – 1990 Notes below which have been designed as per the latest syllabus issued by CBSE and will be very useful for upcoming examinations to help clear your concepts and get better marks in examinations.

• The leaders of independent India had to decide, among other things, the type of economic system most suitable for our nation, a system which would promote the welfare of all rather than a few.
• There are different types of economic systems and among them, socialism appealed to Jawaharlal Nehru the most.
• However, he was not in favour of the kind of socialism established in the former Soviet Union where all the means of production, i.e. all the factories and farms in the country, were owned by the government. There was no private property.
• In 1950, the Planning Commission was set up with the Prime Minister as its Chairperson. The era of five year plans had begun.

The Goals Of Five-Year Plans
• The goals of the five-year plans are: growth, modernisation, self-reliance and equity.

Growth
• It refers to increase in the country’s capacity to produce the output of goods and services within the country.
• The GDP is the market value of all the goods and services produced in the country during a year.
• The GDP of a country is derived from the different sectors of the economy, namely the agricultural sector, the industrial sector and the service sector. The contribution made by each of these sectors makes up the structural composition of the economy.

Modernisation
• To increase the production of goods and services the producers have to adopt new technology.
• Modernisation does not refer only to the use of new technology but also to changes in social outlook such as the recognition that women should have the same rights as men.

Self-reliance
• A nation can promote economic growth and modernisation by using its own resources or by using resources imported from other nations.
• The first seven five-year plans gave importance to self-reliance which means avoiding imports of those goods which could be produced in India itself.

Equity: –
• It is important to ensure that the benefits of economic prosperity reach the poor sections as well instead of being enjoyed only by the rich.
• Every Indian should be able to meet his or her basic needs such as food, a decent house, education and health care and inequality in the distribution of wealth should be reduced.

Agriculture
• The colonial rule there was neither growth nor equity in the agricultural sector.
• The policy makers of independent India had to address these issues which they did through land reforms and promoting the use of ‘High Yielding Variety’ (HYV) seeds which ushered in a revolution in Indian agriculture.

Land Reforms
• At the time of independence, the land tenure system was characterised by intermediaries who merely collected rent from the actual tillers of the soil without contributing towards improvements on the farm.
• Equity in agriculture called for land reforms which primarily refer to change in the ownership of landholdings.

Land ceiling
• It was another policy to promote equity in the agricultural sector. This means fixing the maximum size of land which could be owned by an individual.
• The purpose of land ceiling was to reduce the concentration of land ownership in a few hands.

The Green Revolution
• At independence, about 75 per cent of the country’s population was dependent on agriculture.
• Productivity in the agricultural sector was very low because of the use of old technology and the absence of required infrastructure for the vast majority of farmers.
• The large increase in production of food grains resulting from the use of high yielding variety (HYV) seeds especially for wheat and rice.
• The portion of agricultural produce which is sold in the market by the farmers is called marketed surplus.

The Debate Over Subsidies
• It is generally agreed that it was necessary to use subsidies to provide an incentive for adoption of the new HYV technology by farmers in general and small farmers in particular.
• Subsidies were, therefore, needed to encourage farmers to test the new technology.
• The experts argue that if subsidies are largely benefiting the fertiliser industry and big farmers, the correct policy is not to abolish subsidies but to take steps to ensure that only the poor farmers enjoy the benefits.

Industry and Trade
• Industry provides employment which is more stable than the employment in agriculture; it promotes modernisation and overall prosperity.

Industrial Policy Resolution 1956 (IPR 1956): –
• In accordance with the goal of the state controlling the commanding heights of the economy, the Industrial Policy Resolution of 1956 was adopted.
• This resolution formed the basis of the Second Five Year Plan, the plan which tried to build the basis for a socialist pattern of society.
• This resolution classified industries into three categories.
I. The first category comprised industries which would be exclusively owned by the state
II. The second category consisted of industries in which the private sector could supplement the efforts of the state sector, with the state taking the sole responsibility for starting new units
III. The third category consisted of the remaining industries which were to be in the private sector.

Trade Policy: Import Substitution
• The industrial policy that we adopted was closely related to the trade policy.
• In the first seven plans, trade was characterised by what is commonly called an inward-looking trade strategy. Technically, this strategy is called import substitution
• Protection from imports took two forms: tariffs and quotas.
♦ Tariffs are a tax on imported goods; they make imported goods more expensive and discourage their use.
♦ Quotas specify the quantity of goods which can be imported.

Conclusion
• Our industries became far more diversified compared to the situation at independence.
• India became self- sufficient in food production thanks to the green revolution.
• Land reforms resulted in abolition of the hated zamindari system. However, many economists became dissatisfied with the performance of many public sector enterprises.
• Excessive government regulation prevented growth of entrepreneurship.
• In the name of self-reliance, our producers were protected against foreign competition and this did not give them the incentive to improve the quality of goods that they produced.
• Our policies were ‘inward oriented’ and so we failed to develop a strong export sector.
• The need for reform of economic policy was widely felt in the context of changing global economic scenario, and the new economic policy was initiated in 1991 to make our economy more efficient. 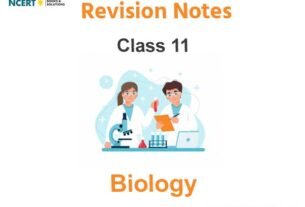 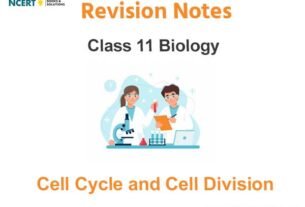