The below Class 11 Liberalisation Privatisation and Globalisation An Appraisal notes have been designed by expert Economics teachers. These will help you a lot to understand all the important topics given in your NCERT Class 11 Economics textbook. Refer to Chapter 3 Liberalisation Privatisation and Globalisation An Appraisal Notes below which have been designed as per the latest syllabus issued by CBSE and will be very useful for upcoming examinations to help clear your concepts and get better marks in examinations.

Introduction
• In 1991, India met with an economic crisis relating to its external debt the government was not able to make
repayments on its borrowings from abroad; foreign exchange reserves, which we generally maintain to import petrol and other important items, dropped to levels that were not sufficient for even a fortnight.
• All these led the government to introduce a new set of policy measures which changed the direction of our
developmental strategies.

Background
• The income from public sector undertakings was also not very high to meet the growing expenditure. At times, our foreign exchange, borrowed from other countries and international financial institutions, was spent on meeting consumption needs.
• India approached the International Bank for Reconstruction and Development (IBRD), popularly known as World Bank and the International Monetary Fund (IMF).
• The government initiated a variety of policies which fall under three heads viz., liberalisation, privatisation and globalisation.

Liberalisation
• Liberalisation was introduced to put an end to these restrictions and open various sectors of the economy.
• Though a few liberalisation measures were introduced in 1980s in areas of industrial licensing, exportimport policy, technology upgradation, fiscal policy and foreign investment, reform policies initiated in 1991 were more comprehensive.
• The industrial sector, financial sector, tax reforms, foreign exchange markets and trade and investment sectors which received greater attention in and after 1991.

Deregulation of Industrial Sector
In India, regulatory mechanisms were enforced in various ways
I. Industrial licensing under which every entrepreneur had to get permission from government officials
to start a firm, close a firm or decide the amount of goods that could be produced
II. Private sector was not allowed in many industries
III. Some goods could be produced only in small-scale industries
IV. Controls on price fixation and distribution of selected industrial products.
• Many goods produced by small-scale industries have now been dereserved. In many industries, the market has been allowed to determine the prices.
• Financial Sector Reforms: Financial sector includes financial institutions, such as commercial banks, investment banks, stock exchange operations and foreign exchange market.
• The financial sector in India is regulated by the Reserve Bank of India (RBI).
• One of the major aims of financial sector reforms is to reduce the role of RBI from regulator to facilitator of financial sector. This means that the financial sector may be allowed to take decisions on many matters without consulting the RBI.
• Foreign Institutional Investors (FII), such as merchant bankers, mutual funds and pension funds, are now allowed to invest in Indian financial markets.

Tax Reforms
• Tax reforms are concerned with the reforms in the government’s taxation and public expenditure policies, which are collectively known as its fiscal policy.
• There are two types of taxes: direct and indirect.
• Direct taxes consist of taxes on incomes of individuals, as well as, profits of business enterprises. Since 1991, there has been a continuous reduction in the taxes on individual incomes as it was felt that high rates of income tax were an important reason for tax evasion.
• The rate of corporation tax, which was very high earlier, has been gradually reduced. Efforts have also been made to reform the indirect taxes, taxes levied on commodities, in order to facilitate the establishment of a common national market for goods and commodities.

Foreign Exchange Reforms: –
• The first important reform in the external sector was made in the foreign exchange market. In 1991, as an immediate measure to resolve the balance of payments crisis, the rupee was devalued against foreign currencies.

Trade and Investment Policy Reforms: –
• Liberalisation of trade and investment regime was initiated to increase international competitiveness of industrial production and also foreign investments and technology into the economy.
• The trade policy reforms aimed at (i) dismantling of quantitative restrictions on imports and exports (ii) reduction of tariff rates and (iii) removal of licensing procedures for imports.
• Import licensing was abolished except in case of hazardous and environmentally sensitive industries.
• Export duties have been removed to increase the competitive position of Indian goods in the international markets.

• The government has also made attempts to improve the efficiency of PSUs by giving them autonomy in taking managerial decisions. For instance, some PSUs have been granted special status as maharatnas, navratnas and miniratnas.

World Trade Organisation (WTO)
• The WTO was founded in 1995 as the successor organisation to the General Agreement on Trade and Tariff (GATT).
• GATT was established in 1948 with 23 countries as the global trade organisation to administer all multilateral
trade agreements by providing equal opportunities to all countries in the international market for trading purposes.
• The WTO agreements cover trade in goods as well as services to facilitate international trade (bilateral and multilateral) through removal of tariff as well as non-tariff barriers and providing greater market access to all member countries.

Indian Economy During Reforms: An Assessment
Growth and Employment: –
• Though the GDP growth rate has increased in the reform period, scholars point out that the reform-led growth has not generated sufficient employment opportunities in the country.

Reforms in Agriculture: –
• Reforms have not been able to benefit agriculture, where the growth rate has been decelerating.
• Public investment in agriculture sector especially in infrastructure, which includes irrigation, power, roads, market linkages and research and extension has fallen in the reform period.
• Since the commencement of WTO, this sector has been experiencing a number of policy changes such as reduction in import duties on agricultural products, removal of minimum support price and lifting of quantitative restrictions on agricultural products; these have adversely affected Indian farmers as they now have to face increased international competition.

Reforms in Industry: –
• Industrial growth has also recorded a slowdown. This is because of decreasing demand of industrial products due to various reasons such as cheaper imports, inadequate investment in infrastructure etc.
• In a globalised world, developing countries are compelled to open up their economies to greater flow of goods and capital from developed countries and rendering their industries vulnerable to imported goods.
• Globalisation is, thus, often seen as creating conditions for the free movement of goods and services from foreign countries that adversely affect the local industries and employment opportunities in developing countries.

Disinvestment: –
• The proceeds from disinvestment were used to offset the shortage of government revenues rather than using it for the development of PSEs and building social infrastructure in the country.

Reforms and Fiscal Policies: –
• Economic reforms have placed limits on the growth of public expenditure, especially in social sectors.
• The tax reductions in the reform period, aimed at yielding larger revenue and curb tax evasion, have not resulted in increase in tax revenue for the government.
• Also, the reform policies, involving tariff reduction, have curtailed the scope for raising revenue through custom duties.
• In order to attract foreign investment, tax incentives were provided to foreign investors which further reduced the scope for raising tax revenues. This has a negative impact on developmental and welfare expenditure.

Conclusion
• The process of globalisation through liberalisation and privatisation policies has produced positive, as well as, negative results both for India and other countries.
• On the contrary, the critics argue that globalisation is a strategy of the developed countries to expand their markets in other countries.
• It has further been pointed out that market-driven globalisation has widened the economic disparities among nations and people. 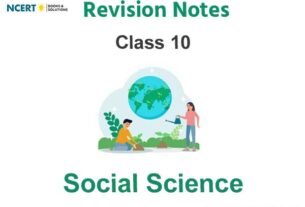 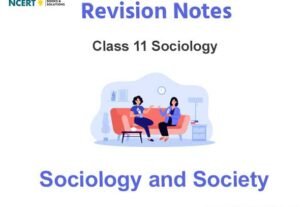