The below Class 11 Infrastructure notes have been designed by expert Economics teachers. These will help you a lot to understand all the important topics given in your NCERT Class 11 Economics textbook. Refer to Chapter 8 Infrastructure Notes below which have been designed as per the latest syllabus issued by CBSE and will be very useful for upcoming examinations to help clear your concepts and get better marks in examinations.

Introduction
• Infrastructure provides supporting services in the main areas of industrial and agricultural production, domestic and foreign trade and commerce.
• These services include roads, railways, ports, airports, dams, power stations, oil and gas pipelines, telecommunication facilities, the country’s educational system including schools and colleges, health system including hospitals, sanitary system including clean drinking water facilities and the monetary system including banks, insurance and other financial institutions.
• Some divide infrastructure into two categories economic and social. Infrastructure associated with energy, transportation and communication are included in the former category whereas those related to education, health and housing are included in the latter.

Relevance of Infrastructure
• Infrastructure contributes to economic development of a country both by increasing the productivity of the factors of production and improving the quality of life of its people.
• Improvements in water supply and sanitation have a large impact by reducing morbidity from major waterborne diseases and reducing the severity of disease when it occurs.

Energy
• Energy is a critical aspect of the development process of a nation. It is, of course, essential for industries.
• Now it is used on a large scale in agriculture and related areas like production and transportation of fertilisers, pesticides and farm equipment.

Power/Electricity: –
• The most visible form of energy, which is often identified with progress in modern civilisation, is power, commonly called electricity.
• It is a critical component of infrastructure that determines the economic development of a country. The growth rate of demand for power is generally higher than the GDP growth rate.
• Electricity is a secondary form of energy produced from primary energy resources including coal, hydrocarbons, hydro energy, nuclear energy, renewable energy etc.

Health
• Health is not only absence of disease but also the ability to realise one’s potential. It is a yardstick of one’s well-being.

State of Health Infrastructure: –
• The government has the constitutional obligation to guide and regulate all health-related issues, such as medical education, adulteration of food, drugs and poisons, medical profession, vital statistics, mental deficiency and lunacy.
• The Union Government evolves broad policies and plans through the Central Council of Health and Family Welfare.

Private Sector Health Infrastructure: –
• In recent times, private sector has been playing a dominant role in medical education and training, medical
technology and diagnostics, manufacture and sale of pharmaceuticals, hospital construction and the provision of medical services.
• Since the 1990s, owing to liberalisation measures, many non-resident Indians and industrial and pharmaceutical companies have set up state-of-the-art super-specialty hospitals to attract India’s rich and medical tourists.

Indian Systems of Medicine (ISM): –
• It includes six systems:
1. Ayurveda
2. Yoga
3. Unani
4. Siddha
5. Naturopathy and
6. Homeopathy (AYUSH)
• ISMs have huge potential and can solve a large part of our healthcare problems because they are effective, safe and inexpensive.

Indicators of Health and Health Infrastructure—A Critical Appraisal: –
• As pointed out earlier, the health status of a country can be assessed through indicators, such as infant mortality and maternal mortality rates, life expectancy and nutrition levels, along with the incidence of communicable and non-communicable diseases.
• One study points out that India has about 17 per cent of the world’s population but it bears a frightening 20 per cent of the global burden of diseases (GBD).
• GBD is an indicator used by experts to gauge the number of people dying prematurely due to a particular disease, as well as, the number of years spent by them in a state of ‘disability’ owing to the disease.
• In India, more than half of GBD is accounted for by communicable diseases such as diarrhoea, malaria and tuberculosis.
• Every year around five lakh children die of water-borne diseases. The danger of AIDS is also looming large.

Women’s Health
• Women constitute about half of the total population in India.
• They suffer many disadvantages as compared to men in the areas of education, participation in economic activities and healthcare.
• The deterioration in the child sex ratio in the country from 927 in 2001 to 914 in 2011 points to the growing incidence of female foeticide.
• More than 50 per cent of married women in the age group of 15–49 years have anaemia and nutritional anaemia caused by iron deficiency, which has contributed to 19 per cent of maternal deaths.
• Abortions are also a major cause of maternal morbidity and mortality in India.

Conclusion
• Infrastructure, both economic and social, is essential for the development of a country.
• In the last seven decades of Independence, India has made considerable progress in building infrastructure, nevertheless, its distribution is uneven.
• As India moves towards modernisation, the increase in demand for quality infrastructure, keeping in view their environmental impact, will have to be addressed.
• While assessing the two-infrastructure energy and health, it is clear that there is scope for equal access to
infrastructure for all. 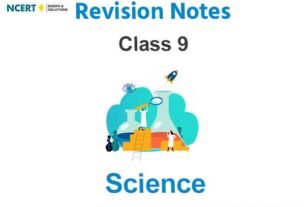 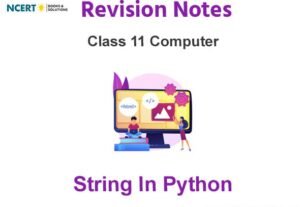