Class 10 Social Science students should read and understand the important questions and answers provided below for Nationalism in India which will help them to understand all important and difficult topics.

Question. What were the drawbacks of manuscripts ?
Answer : (i) Fragility, (ii) Awkward to handle and (iii) Lack of mobility.

Question. What was typical about women novelists ?
Answer : The writings of women novelists were characteristic of their will power, strength of personality and empowerment.

Question. What was woodblock printing ?
Answer : It is a variant of printing where paper is rubbed against the inked surface of woodblocks.

Question. What was represented in caricatures and cartoons in India ?
Answer : Some caricatures sneered at the educated Indians’ obsession with the western taste and clothes, while others expressed the fear of social change.

Question. “The ‘Print Revolution’ had transformed the lives of people changing their relationship to information and knowledge.” Analyse the statement.
Answer :Introduction print revolution was knows just a new way of producing books but it translation the life of pupil to information and knowledge.
It reduce the time labour and cost of a producing book books become accessible people from all fear of light begin reading book collection from hearing to reading public.
The people now looked at the world with new eyes eyes that where question and critical applying the rule of reason and rationality.
Knowledge they are exposed to ideas of thinkers and philosopher their analysis the thing in their own way.

Question. Give reasons for the statement : ‘Woodblock print only came to Europe after 1295’.
Answer : In the aftermath of 1295, the Italian explorer Marco Polo returned from his long stay in China. The concept of woodblock printing became popular in Europe after his return.

Question. Write short notes to show what you know about the Gutenberg Press.
Answer : The Gutenberg Press was a developed from of the olive press. The lead moulds were used for casting the metal types of the letters. By 1448, Johannes Gutenberg perfected the printing system. The Bible was the first book printed by Johannes Gutenberg. Within three years, Gutenberg produce 180 copies of the Holy Bible. At the same time, the borders of the book were illuminated manually by the artists. Therefore everybody possessed unique piece of the Bible.

Question. Write briefly on the Vernacular Press Act.
Answer : Proposed by the Viceroy of India, Lord Lytton (1876- 80), the Vernacular Press Act was passed on 1878. It was modelled on the Irish Press laws. Due to the prevalence of this Act, the government wielded control over the vernacular press. The Government possessed the right to censor reports and editorials of the vernacular press. If report was found to be seditious, The newspaper was warned. However, if the newspaper shunned the warning and continued the activity, then the press would be confiscated.

Question. What was the attitude of people in India in the nineteenth century towards women reading ? How did women respond to this ?
Answer. Common prejudices permeated the native landscape. The attitude of people towards woman reading was not favourable. It was not that the conservative Hindus would favour the education of women. At the same time, the Muslims feared that educated women would be corrupted by reading Urdu romances. However, there was a ray of hope in the dismal picture. There were some notable women who transgressed such prohibitions and carved out a unique space for themselves in the history of India. A Muslim girl in north India defied here family and learned to read and write in Urdu in utmost secrecy. Rashsundari Debi, a young married woman hailing from an orthodox family, learnt to read secretly in her kitchen. Subsequently, she documented her life story in a form of autobiography in Bengali language. A few Bengali women like Kailashbashini Debi penned down the tragic experiences of native women in her books. In the 1860s, Tarabai Shinde and Pandita Ramabai of Maharashtra depicted the miserable plight of upper caste women in their writings. In Punjab, the folk literature projected women as docile and obedient wives. For instance, Ram Chaddha wrote Istri Dharm Vichar that emphasised on the changing equations between men and women. The Khalsa Tract Society published cheap booklets or chapbooks with the same message. In Bengal, – an entire area in Central Calcutta—the Battala—was oriented towards print and popular culture. Battala was the hub of printing popular books and magazines. They were subsidised editions of religious texts, scriptures as well as seditious literature. The education of women was not encouraged by the majority as Begum Rokeya Sakhawat Hussain reported in her address to Bengal Women’s Educated Conference. In this way, women valiantly responded to the attitude of people towards reading in the nineteenth century. Many women defied the norms of the stigmatised society and exercised in the art of penmanship. Thus, they came out bravely and proved their mettle. 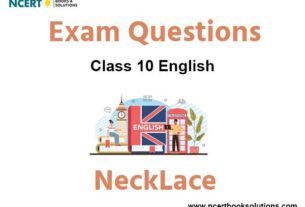 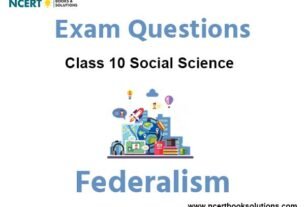