Class 12 Psychology students should read and understand the important questions and answers provided below for Psychology and Life which will help them to understand all important and difficult topics.

Question. What is poverty?
Ans. Poverty is a condition in which there is a lack of necessities of life such as food, clothing and shelter in the context of unequal distribution of wealth in society.

Question. Differentiate between poverty and deprivation.
Ans. Poverty refers to an actual shortage of resources necessary for living. Deprivation is a state of perceiving or thinking that one has got less than what one should have got. The situation of the poor is worsened if they also experience deprivation, in reality usually the poor also feel deprived.

Question.What is personal space?
Ans. Personal space is the comfortable physical space one generally likes to maintain around oneself. Personal space can vary between people, between situations and between cultures.

Question. How does television viewing affect human behaviour?
Ans. (i) Television provides a large amount of infotainment in an attractive form. Children spend huge amounts of time watching them. They have effect on children’s ability to concentrate on one target, their creativity and ability to understand, and also their social interactions.
(ii) There are excellent programmes that emphasise positive interpersonal attitudes and provide factual information, teaching children how to design and construct certain objects.
(iii) On the other hand, television viewing reduces children’s habit of reading and writing,and also their outdoor activities such as playing. The programmes also interfere with their ability to concentrate on one target. Also watching violence on television is linked to great aggressiveness in the viewers. But at the same time, studies show watching violence may actually reduce the natural aggressive tendency of the viewers. What is ‘bottled up’ gets an outlet, and thus cleans the system, like a choked drain pipe being cleaned. This process is called catharsis. It has been observed that in the case of both adults and children, a consumerist attitude has devloped and this is due to television watching. Numerous products are advertised and its very natural for the viewers to get carried away.

Question. Why is the concept of personal space important for human beings?
Ans. (i) It explains many of the negative effects of crowding as an environmental stressor.
(ii) It tells us about our social relations. For example, we are most likely to sit beside a friend in a library.
(iii) It gives us some idea about how physical space can be modified in order to reduce stress or discomfort in social situations or to make social interaction more enjoyable and fruitful.

Question. What is the difference between deprivation and social disadvantage?
Ans. Deprivation refers to a state in which a person feels that s/he has lost something valuable and is not getting something what s/he deserves. Social disadvantage is a condition in
which some sections of society are not allowed to enjoy the same privileges as the rest of the society. This distinction is seen in matters of social interaction, eduction and employment.

Question. How is ‘poverty’ related to ‘discrimination’? Explain the major psychological effects of poverty and deprivation.
Ans. Discrimination refers to behaviour due to prejudice, which makes a distinction between rich and the poor, favouring the rich and advantaged over the poor and the disadvantaged. Distinction is seen in matters of interaction, education and employment.
Thus, even if the poor or disadvantaged have the capability, they are kept away from opportunities that are enjoyed by the rest of society. The children of the poor do not get a chance to study in good schools, or get good health facilities, and employment.Discrimination prevents the poor from improving their socio-economic condition through their own efforts, and this makes the poor even poorer. In short, poverty and discrimination are related in such a way that discrimination becomes both a cause and a consequence of poverty.
The effects of poverty and deprivation are:
(i) The poor have low aspirations and low achievement motivation and high need for dependence. They explain their successes in terms of luck or fate rather than anxiety or hard work.(ii) The poor and deprived have low self-esteem, are high on anxiety and introversion,dwell on the immediate present rather than the future. They prefer smaller immediate rewards rather than larger ones. They live with a sense of hopelessness,powerlessness, feel injustice and experience a loss of identity.
(iii) The poor and deprived exhibit an attitude of resentment towards the rest of the society.
(iv) Intellectual functioning and performance on cognitive tasks is low.
(v) The poor are more likely to suffer from mental illness due to constant worries about basic necessities, feelings of insecurity and inability to get medical facilities. The poor suffer from emotional and adjustment problems due to their experience of a sense of hopelessness and loss of identity as though they do not belong to society.

Question. “Human beings affect and are affected by the environment”. Explain this statement with the help of examples.
Ans. Human beings influence environment on one or the other of the following ways:
(i) They have started building houses by changing natural environment for shelter.
(ii) Use of appliances such as refrigerators and ACs generate gases that pollute air which might cause deadly diseases such as cancer.
(iii) Smoking, burning of plastics and metal articles have disastrous polluting effects.
(iv) Deforestation disrupt the carbon and water cycle which affect the pattern of rainfall and increase soil erosion.
(v) Industrial wastes have negative physical and psychological consequences.
(vi) Noise pollution, crowding and natural disasters are examples of environmental stressors that create stress in human beings.
The environmental effects on human behaviour are
(i) Environmental influences on perception: It has been observed that people living in circular huts show less error in Muller-Lyer illusion than people living in houses with angular walls.
(ii) Environmental influences on emotions: Living in the heart of nature has a positive effect on emotions while people suffering from natural disasters might show Post Traumatic Stress Disorder (PTSD).
(iii) Ecological influences on occupation, living style and attitudes: Members of an agricultural society develop an attitude of cooperativeness, and consider group interests more important than individual wishes, are closer to nature and are dependent on natural events. Members of industralised society are less close and less dependent on nature, value independent thinking develop an attitude of competitiveness and have personal control.

Question. Discuss the psychological impact of television viewing on human behaviour. How can its adverse consequences be reduced? Explain.
Ans. Television provides a large amount of infotainment in an attractive form. Children spend huge amounts of time watching them. They have effect on children’s ability to concentrate on one target, their creativity and ability to understand, and also their social interactions. There are excellent programmes that emphasise positive interpersonal attitudes and provide factual information, teaching children how to design and construct certain objects.
On the other hand, television viewing reduces children’s habit of reading and writing,and also their outdoor activities such as playing. The programmes also interfere with their ability to concentrate on one target. Also, watching violence on television is linked to great aggressiveness in the viewers. But at the same time, studies show watching violence may actually reduce the natural aggressive tendency of the viewers what is ‘bottled up’ gets an outlet, and thus cleans the system, like a choked drainpipe being cleaned. This process is called catharsis.
It has been observed that in the case of both adults and children a consumerist attitude has developed, and this is due to television watching. Numerous products are advertised, and it is very natural for the viewer to get carried away.

Question. What are the effects of noise on human behaviour?
Ans. Any annoying or irritating sound or exposure to noise can create unpleasant mood,hearing loss, negative effects on mental activity due to lack of concentration. The effects of noise on human behaviour are:
(i) Simple task: When the task being performed is a simple mental task such as addition of numbers, noise does not affect overall performance whether it is loud or soft. In such situations, people adapt or ‘get used’ to noise.
(ii) Interesting task: If the task being performed is very interesting, the presence of noise does not affect performance.
(iii) Predictability of noise: When the noise comes at intervals and in an unpredictable way, it is experienced more disturbing than if the noise is continuously present.
(iv) Difficulty of task: When the task being performed is difficult, or requires full concentration, then intense, unpredictable, and uncontrollable noise reduces the level of task performance.
(v) Controllability of noise: When tolerating or switching off the noise is within the control of the person, the number of errors in task performance decreases.
(vi) Intensity of noise: Above a certain level noise can lead to annoyance or even sleep disturbances.
(vii) Emotional effects of loud noise: Noise above a certain level causes annoyance, and can also lead to sleep disturbance.

Question. Give the effects of crowding on human behaviour.
OR
Explain the major consequences of crowding.
Ans. (i) Crowding and high density may lead to abnormal behavior and aggression. For example, rats in a highly populated enclosed space show aggressive behaviour such as biting the tails of other rats.
(ii) Crowding leads to lowered performance on different tasks that involve cognitive processes and has adverse effects on memory and emotional state.
(iii) Children growing up in very crowded households show lower academic performance and experience greater conflict with their parents.
(iv) The nature of social interaction determines the degree to which an individual will react to crowding. For example, if the interaction is a party, the presence of large number of people does not cause stress.
(v) In cultures that emphasize the importance of the group or collectivity over the individual, the presence of large number of people is not considered undesirable while in cultures where individualism is given more importance, crowding is experienced as stressful.

Question. Explain the situational factors leading to aggression.
Ans. Some of the situational factors causing aggression are
(i) Learning: Individuals exhibit aggression when such behavior is rewarded. For example, hostile aggression allows aggressive person to get what she wants. Also,aggression is learned through reinforcement or by observing others.
(ii) Observing an aggressive model: Observing a model especially on television may make a person aggressive.
(iii) Anger-provoking action by others: A person who is made to feel angry through insults or threats, physical aggression or dishonesty is likely to show aggression than who is not made to feel angry.
(iv) Availability of weapons: Aggression is more likely if weapons such as stick, pistol or knife are easily available.
(v) Personality factors: People with low self-esteem and those who feel insecure are more likely to show aggression.
(vi) Cultural factors: Individuals are more aggressive in cultures where aggressive behaviour is encouraged and praised rather than discouraged or criticised.

We hope you liked the above provided Psychology and Life Class 12 Psychology Exam Questions. If you have any further questions please put them in the comments section below so that our teachers can provide you an answer. 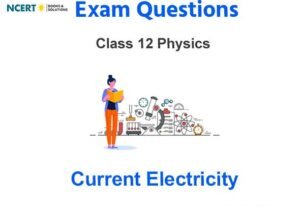 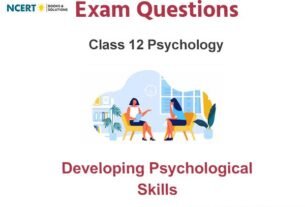