Please refer to Soil Seasons and Natural Vegetation of India MCQ with Answers provided below. Students should practice the questions and answers given below as they will be asked in the upcoming competitive exams for UPSC, IAS, etc. Our team of expert faculty members has developed these objective-based questions with solutions based on the latest examination guidelines issued. Go through the MCQ Questions for Indian Geography below to get excellent marks in your exams.

Question. The place which experiences minimum and maximum temperature of – 28.3°C and 15°C respectively is:
(a) Srinagar
(b) Shimla
(c) Kullu
(d) Leh

Question. ‘Natural Vegetation’ refers to:
(a) a plant community that has been left undisturbed over a long time
(b) plant species which live and grow together
(c) a protected area created by using contour bunding
(d) all of the above

Question. Which of the following is not a species of tropical moist deciduous forests?
(a) Mahagony
(b) Sal
(c) Shisham
(d) Teak

Question. The reason for Rajasthan being deficient in rainfall is:
(a) the monsoon fail to reach this area
(b) it is too hot
(c) there is no water available and thus the winds remain dry
(d) the winds do not come across any barrier to cause necessary uplift to be cooled

Question. Moist tropical evergreen forests are found in:
(a) the Shillong plateau
(b) the Siwaliks
(c) the Deccan plateau
(d) southern India

Question. The retreating monsoon withdraws from the:
(a) west coast to the east coast
(b) north to the south
(c) north-east India to the west coast
(d) north-west India to Bengal

Question. Which of the following is recognised as a season by the meteorological department of India ?
(a) Cold weather
(b) Hot weather
(c) Retreating monsoon
(d) North-eastern monsoon

Question. Which one of the following is the characteristic vegetation of regions between the snow line and about 3000 meters above mean sea level of the Himalayan region?
(a) Thick forests of birch, fir, spruce and other trees
(b) Forests of oak, deodar, chestnut and maple trees
(c) A few dwarf shrubs
(d) Forests of khair, sandalwood, palas and other trees

Question. Which one of the following cities never experiences vertical rays of the sun during noon?
(a) Chennai
(b) Mangalore
(c) Mumbai
(d) New Delhi

Question. Consider the following statements:
1. The south-west monsoon causes heavy rainfall in the Shillong plateau.
2. The north-east monsoon causes the rainfall over Orissa coast during winter.
Which of these statements is/are correct ?
(a) 1 only
(b) 2 only
(c) Both 1 and 2
(d) Neither 1 nor 2

Question. Mumbai receives more rainfall than Pune because:
(a) Mumbai is on the windward side
(b) Pune is at a-greater elevation
(c) Mumbai is a coastal city
(d) Pune has greater vegtetation than Mumbai

Question. At which place will you find maximum sunlight in December?
(a) Pune
(b) Leh
(c) Kolkata
(d) Kanyakumari

Question. Which of the following factors does not have influence on the Indian climate?
(a) Presence of Indian Ocean
(b) Nearness to equator
(c) Monsoons
(d) Ocean currents

Question. Amritsar and Shimla have the same latitude yet Shimla is cooler than Amritsar because it:
(a) lies north of Amritsar
(b) comes under the influence of cold winds
(c) is at a higher elevation
(d) receives a lot of snow

Question. Most of India’s rainfall is:
(a) cyclonic
(b) convectional
(c) elusive
(d) orographic

Question. Which one of the following pairs of cities have the largest annual average rain difference as compared to the other three pairs?
(a) Jabalpur and Nagpur
(b) Mumbai and Pune
(c) Kolkata and Bhubaneshwar
(d) Guwahati and Shillong

Question. With reference to Indian forests, consider the following pairs:
1. Tropical Moist Deciduous Forests Sandalwood (Santalum album)
2. Tropical Dry Deciduous Forests: (Shorea robusta)
3. Tropical Thorn Forests: Shisham (Dalbeigia sissoo)
Which of the pairs given above is/are correctly matched?
(a) 1 only
(b) 1 and 2 only
(c) 2 and 3 only
(d) 1, 2 and 3

Question. Among the following, which State has highest level of literacy?
(a) Mizoram
(b) West Bengal
(c) Gujarat
(d) Punjab

Question. Which one of the following is not essentially a species of the Himalaya vegetation?
(a) Juniper
(b) Mahogany
(c) Silver fir
(d) Spruce

Question. Which one of the following states has the largest forest area to its total land area?
(a) Mizoram
(b) Arunachal Pradesh
(c) Sikkim
(d) Jammu and Kashmir

Question. 1. The Shivaliks have tropical moist deciduous flora.
2. The Bundelkhand plateau has thorn and scrub forest type of vegetation.
Which of the statements given above is/are correct?
(a) 1 only
(b) 2 only
(c) Both 1 and 2
(d) Neither 1 nor 2

Question. At which one of the following places is the monkey called Lion-tailed macaque naturally found?
(a) Shivaliks
(b) Pachmarhi
(c) Nallamalai hills
(d) Nilgiris

Question. Consider the following statements:
1. In India, Red Panda is naturally found in the Western Himalayas only.
2. In India, Slow Loris lives in the dense forests of the North East.
Which of the statements given above is/are correct?
(a) 1 only
(b) 2 only
(c) Both 1 and 2
(d) Neither 1 nor 2

Question. Consider the following statements:
1. In the wet temperate forests at above 1500 m on the Nilgiris and Anaimalais, the Magnolias and Rhododendrons are commonly found.
2. Tropical dry evergreen forests are mostly found in Andhra Pradesh, Chhattisgarh and Orissa.
Which of the statements given above is/are correct?
(a) 1 only
(b) 2 only
(c) Both 1 and 2
(d) Neither 1 nor 2

Question. Among the following regions of India, which one receives comparatively least amount of annual rainfall?
(a) An 80 km wide coastal belt from Nellore to Point Calimere
(b) The middle and lower Asom valley
(c) North-eastern Rajasthan
(d) The coastal plains of Gujarat south of Narmada

Question. Among the following states, in which one is the percentage of forest area to total geographical area the highest?
(a) Arunachal Pradesh
(b) Himachal Pradesh
(c) Sikkim
(d) Uttarakhand

Question. Consider the following pairs:
Tree: Location of its natural habitat
1. Rosewood: Slopes of Western Ghats of Karnataka and Kerala
2. Spruce : Western Himalayas at elevations from 2100 m to 3600 ‘m
3. Walnut: Lower elevations on Eastern HimalayasWhich of the pair(s) given above is/are correctly matched?
(a) A only
(b) A and B
(c) Band C
(d) A, B and C

Question. Consider the following statements:
1. Biodiversity hots pots are located only in tropical regions.
2. India has four biodiversity hots pots, i.e., Eastern Himalayas, Western Himalayas, Western Ghats and Andaman and Nicobar Islands.
Which of the statements given above is/are correct?
(a) 1 only
(b) 2 only
(c) Both 1 and 2
(d) Neither 1 nor 2

Question. Consider the following statement and identify with the help of the code the tree with which the statement is related to?
The branches of this tree root themselves like new trees over a large area. The roots then give rise to more trunks and branches. Because of this characteristic and its longevity, this tree is considered immortal and is an integral part of the myths and. legends of India.
(a) Banyan
(b) Neem
(c) Tamarind (lmli)
(d) Peepal

Question. Which one of the following is not a site for ‘in-situ’ method of conservation of flora?
(a) Biosphere Reserve
(b) Botanical Garden
(c) National Park
(d) Wildlife Sanctuary

Question. The Himalayan Range is very rich in species diversity. Which one among the following is the most appropriate reason -for this phenomenon?
(a) It has a high rainfall that supports luxuriant vegetative growth
(b) It is a confluence of different bio-geographical zones
(c) Exotic and invasive species have not been introduced in this region
(d) It has less human interference

Question. Which city has the longest day in the month of June?
(a) Delhi
(b) Kolkata
(c) Chennai
(d) Bangalore

Question. The rains along the western coast of India are:
(a) cyclonic
(b) convectional
(c) orographic
(d) monsoonal

Question. In India the State with the largest area under very dense forests is
(a) Arunachal Pradesh
(b) Madhya Pradesh
(c) Maharashtra
(d) Orissa

Question. Which of the following statements regarding red soils of India is/are correct?
1. The colour of the soil is-red due to ferric oxide content.
2. Red soils are rich in lime, humous and potash.
3. They are porous and have friable structure.
Select the correct answer using the code given below:
(a) 1 only
(b) 1 and 3 only
(c) 2 and 3 only
(d) 1, 2 and 3

Question. Which of the following statements is not true?
(a) The intensity of monsoons is determined by tropical depressions
(b) Tamil Nadu receives rainfall from north-east monsoon
(c) Andhra Pradesh is not much affected by retreating south-west monsoon
(d) All are correct

Question. The driest place in India is :
(a) Leh
(b) Barmer
(c) Jaisalmer
(d) Bikaner

Question. Indian monsoon is marked by seasonal shift caused by:
(a) differential heating of land and sea
(b) cold winds of Central Asia
(c) great uniformity of temperature
(d) None of these

Question. Rainfall in India is not associated with:
(a) orography
(b) convection
(c) cyclones
(d) anticyclones 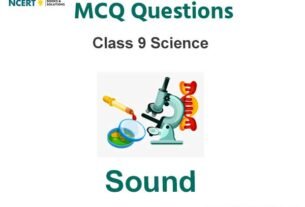 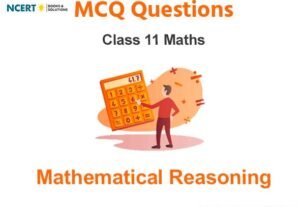