Chapter Summary of The Rattrap

Question. Why did he show the thirty kroner to the peddler?
Answer. The crofter was a simple and trusting man who craved for a company more than anything else. He wanted to share his joy of earning the money with someone. He got this chance when the peddler turned up to his house one day. Moreover, thinking that the peddler did not believe him, he showed the peddler the thirty kronor bills that he kept in a leather pouch.

Question. Why did it please the tramp to compare the world to a rattrap?
Answer. The world was not very kind to the tramp so it gave him unwonted pleasure to think of it as a rattrap.

Question. Why did the peddler sign himself as Captain Van Stahle ?
Answer. The peddler had never known respect throughout his life. He was always treated coldly by the world. For the first time in his life, he was being honored and respected. Even after the truth was exposed, the daughter treated him as before. The behavior he received encouraged him to behave in the similar manner. He signed as Captain Van Stahle so as to underline the impact of Edla’s goodness to him.

Question. Why was he amused by this idea?
Answer. The peddler was amused by the idea of the world being a giant rattrap as he was never treated very kindly by the world. Therefore, he developed hard feelings for this harsh world and loved ‘to think ill of it’ by comparing it with a giant rattrap.

Question. When did the ironmaster realize his mistake?
Answer. The iromaster realized his mistake the next day when the peddler turned up for breakfast. The valet had bathed the peddler, cut his hair, shaved him and given him clothes. The ironmaster thought that he had been deceived in recognizing the person because of the shade of the furnace the previous night.

Question. How did the peddler defend himself when it was clear that he was not the person the ironmaster had thought he was?
Answer. The peddler defended himself by arguing time and again that he had never told that he was a captain or the old comrade of the iromaster. In fact he had repeatedly declined the ironmaster’s invitation to the peddler to spend the Christmas night at his manor.

Question. Why did Edla entertain the peddler even after she knew the truth about him ?
Answer. Edla was a lady with a king and sympathetic heart and was moved by the plight of the peddler. She had requested her father to allow him to spend one day in peace as a respite from the struggle he had endured round the year. Her principles did not allow her to throw the man out of her house especially when they had promised him a Christmas cheer. Moreover, she had been in high spirits that moring thinking of the ways to help the tramp. Therfore she entertained the peddler even after knowing the truth about him.

Question. Why was Edla happy to see the gift left by the peddler ?
Answer. Edla had shown great trust in the peddler by letting him to stay at their manor on the Christmas Eve. But the news about the robbery of thirty kroner at the crofter’s cottage had left her dejected. So she was overjoyed when she reached home to find the package and the letter left by the peddler. This gesture of appreciation from the peddler made her happy.

Question. What made the peddler think that he had indeed fallen into a rattrap?
Answer. After stealing the money from the crofter, the peddler tried to escape through the forest but soon lost his way. He was left in despair and he recollected his own thoughts on the world being a giant rattrap. A sudden realization came upon him and he felt as if he had finally got himself caught in the rattrap because he had allowed himself to be tempted by the bait, the thirty kronor bills. Similarly, on his way to the ironmaster’s home, he felt himself caught in the trap. He was again haunted by such thoughts when the ironmaster after coming to know about the truth of the peddler, threatened to get him arrested. The rattrap seller strongly realized that the worldly bait had, once more, tempted and trapped him.

Question. What made the peddler accept Edla Willmansson’s invitation?
Answer. Looking at the frightened expressions on the peddler’s face, Edla guessed that the peddler had either stolen something or had escaped prison. So she hinted an assurance that he would be free to leave whenever he wanted. Reassured, by what Edla had spoken he accepted the invitation.

Question. What doubts did Edla have about the peddler?
Answer. When Edla went to the iron mill to fetch the peddler, she noticed that he was frightened. She had doubts that either the peddler had stolen something or had escaped prison. His appearance and behavior also left her in doubts whether he was actually an educated man, as claimed by her father.

Question. Why did the Peddler not reveal his true identity when the ironmaster mistook him to be the Captain?
Answer. The Peddler thought that the ironmaster might take pity on him, give him some money if he thought he was an old acquaintance. So he kept quiet and allowed the iron master to presume that he was the captain.

Once upon a time there was a man who went around selling small rattraps of wire. He made them himself at odd moments, from the material he got by begging in the stores or at the big farms. But even so, the business was not especially profitable, so he had to resort to both begging and petty thievery to keep body and soul together. Even so, his clothes were in rags, his cheeks were sunken, and hunger gleamed in his eyes. No one can imagine how sad and monotonous life can appear to such a vagabond, who plods along the road, left to his own meditations. But one day this man had fallen into a line of thought, which really seemed to him entertaining. He had naturally been thinking of his rattraps when suddenly he was struck by the idea that the whole world about him – the whole world with its lands and seas, its cities and villages – was nothing but a big rattrap.

Question. The vagabond compared the whole world to a
(a) rattrap
(b) space
(c) universe
(d) planet

Question. The peddler’s rattraps were made of
(a) plastic
(b) wire
(c) aluminium
(d) wood

Question. The peddler often thought about people who
(a) were priests
(b) were thieves
(c) who had been tempted to touch the bait
(d) had caught rats

Question. The rattrap peddler used to resort to
(a) preaching
(b) counselling
(c) teaching
(d) thievery and begging 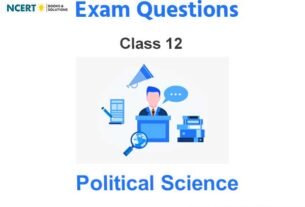